Ask Question
Asked 6 years, 10 months ago
Active 6 years, 10 months ago
Viewed 2k times
4
votes
Closed. This question is off-topic. It is not currently accepting answers.
Closed 2 years ago.
Locked. This question and its answers are locked because the question is off-topic but has historical significance. It is not currently accepting new answers or interactions.

I remember having VHS tapes of it back when i was a kid (before i learned that VHS was a scam cause the players almost always destroyed the tapes).

From what i remember, there was this Baron guy who looked like his head was positioned bellow his solders and he lived in a castle which had this weird black and white gradient pattern and he hated nature or something like that and was always trying to destroy this forest.

One of the episodes i remember had the animals thinking that the baron hated the colour green and that's why he wanted to destroy nature so the bear though about repainting the entire forest (starting with single petals on a flour) but then the animals sneak into the baron's castle to steal these drums of paint.

The episode ends with the animals coming up with a better idea by dropping a red paint ball into the baron while he is looking though his telescope to which it works cause he thinks the forest has turned brown and calls off his machines.

For some reason i have no memories from before i was 5 (seriously none, my first memory is me waking up from a bad headache on the floor with a Percy toy from Thomas the Tank Engine) so it must have been out around 1996 and i know it was a series cause i do remember seeing the intro a few times in one sitting. 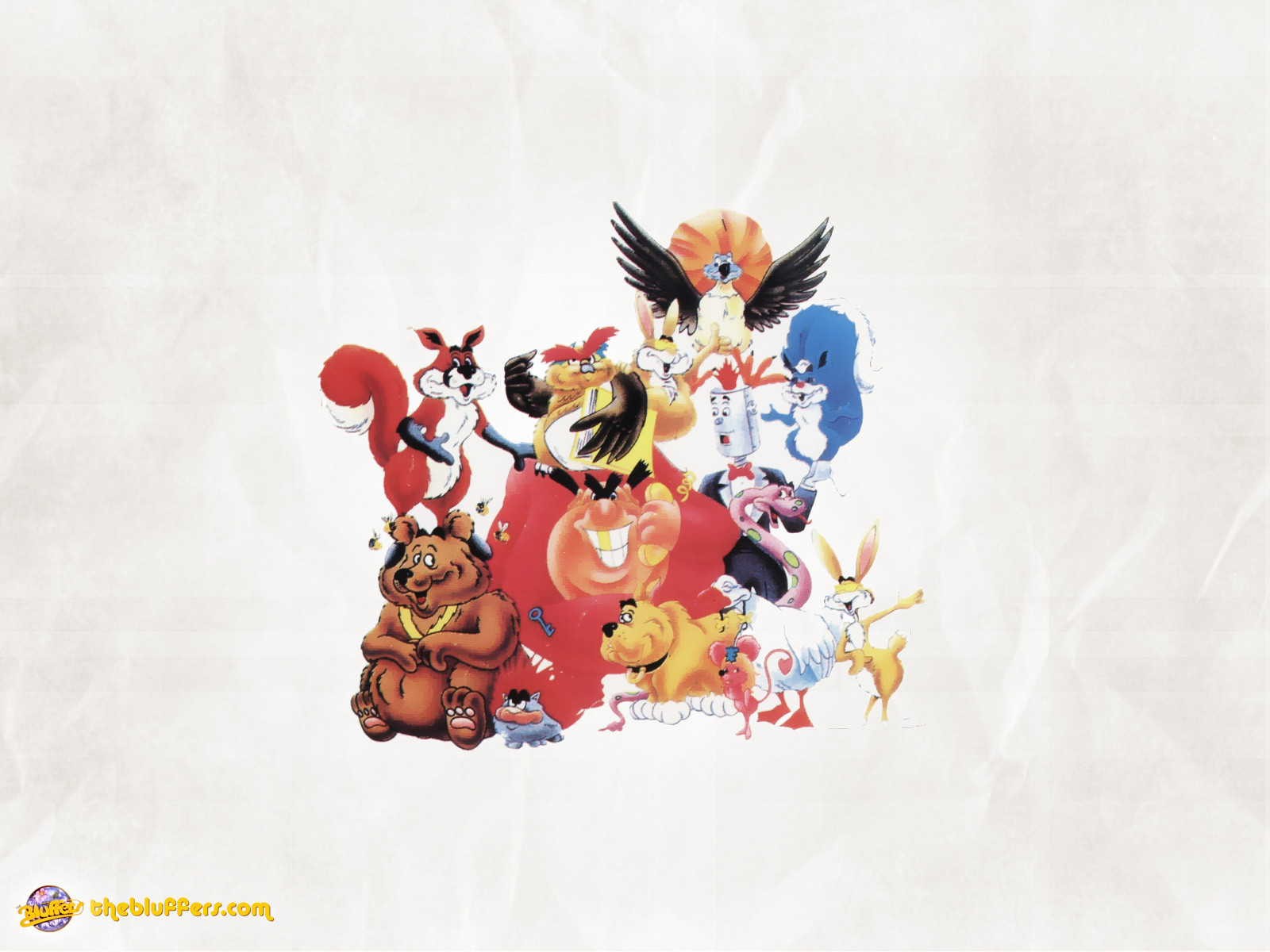 I'm fairly certain that the cartoon you're talking about is The Bluffers. In this show, a bunch of talking animals defend their forest from Clandestino, an evil hunchbacked human. Here's a the into from Youtube.

8
What was the longest successful Primetime cartoon prior to The Simpsons?
57
What is the origin of Scooby-Doo's name?