Why does Hannibal Lecter look away when talking to Clarice about her father's death and her childhood but looks her in the eye otherwise?

In The Silence of the Lambs, why does Hannibal Lecter look away when talking to Clarice about her father's death and her childhood but looks her in the eye otherwise?

In fact, in another scene in the makeshift prison in the hotel room, when Clarice visits Lecter, they talk about Clarice's childhood and this time, instead of looking away, he looks right into her eyes. 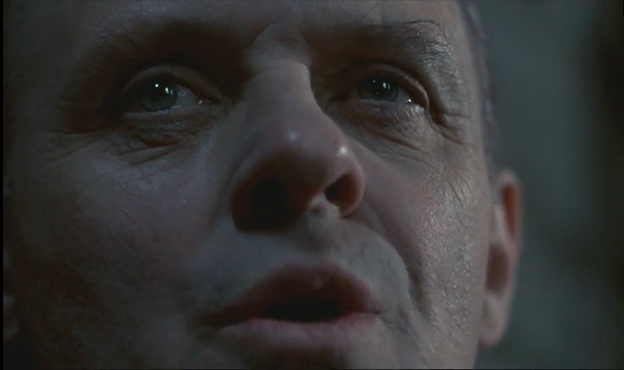 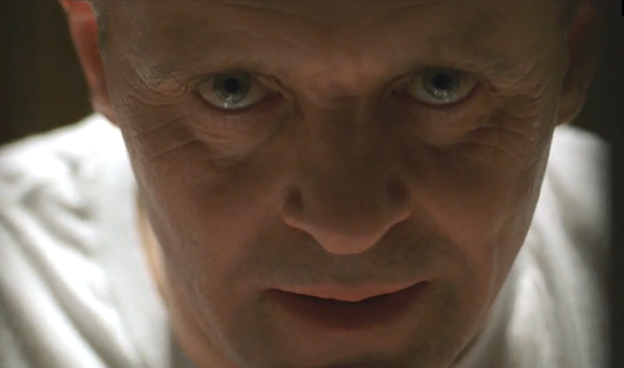 Hannibal was asking a question first time about her past life. Being a psychiatrist, he was more interested to know about her, her nature, incidences in her life. It is natural tendency of any human being that while speaking they indulge themselves into body language also so as to convince their thought, emotions easily to another person to whom they are talking. Here, in Hannibal’s case, to indicate the question about her past life, he was looking at back side instead of looking into her eyes (as she was Infront of him). He was asking the question to Clarice and also indicating the thought process through his body language by looking backside and continuously at one upper direction. Here, he has analyzed one thing that Clarice is very innocent and he had told her this fact at that time. One more thing we can observe here that Hannibal's eyes also indicates that Anthony Hopkins is more honest about his acting while asking the question about her past. He had indulged himself 100% into that emotions of scene. That is why this movie has got four Oscars.

Whereas in another scene, Hannibal had already got some information about her past life and now he is keen to know her psychology from the happened event in the past. So, he was directly seeing into her eyes. He was near to conclude or analyze her psychology and this question plays very important role for that conclusion. So, in order to know the answer desperately from her, he was looking directly into her eyes.

Simply, it is nothing but the acting talent of Anthony Hopkins to show emotions into acting.