Do Tom Hanks and Halle Berry meet on earth in Cloud Atlas?

Zachry (Tom Hanks) and Meronym (Halle Berry) meet in some possibly post-apocalyptic forest. And Meronym uses some kind of satellite dish to contact someone in space. Later they are shown not on earth, Zachry points out earth in the night sky. 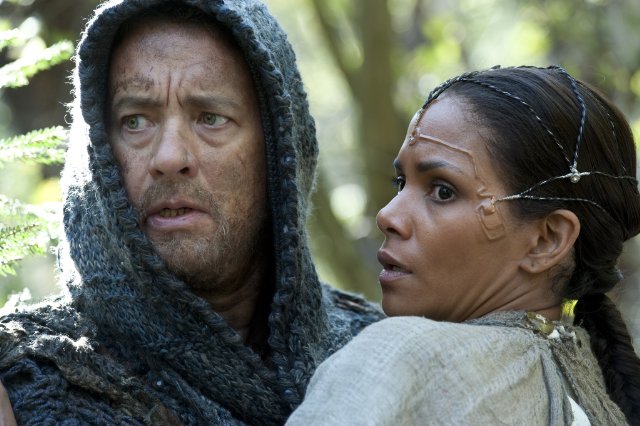 Were they on earth when they met?

in the distant future, in a world following a nuclear holocaust.

The cities destroyed, humans now live in small tribes, including Zachry's Valleymen tribe on the island of Ha-why (Hawaii).

The last scene is an epilogue:

Zachry is revealed to have been telling these stories to his numerous grandchildren on one of Earth's colonies, a planet with two moons, revealing that they had succeeded in sending a message to the colonies and were rescued.

Not the answer you're looking for? Browse other questions tagged cloud-atlas .

8
How does the 2012 storyline connect to the prior storylines in Cloud Atlas?
8
Shooting location for Cloud Atlas: where is this tower?
7
Is the identity of the planet in the start and ending of Cloud Atlas canonically known?