Camera shot with close-up next to farther away standing person

While watching Final Destination 3 I noticed a very characteristic camera shot. At a scene where the main character, Wendy, sits in her room at the computer (watching the supposedly foretelling fotos), her sister talks to her from the outside (asking if she can have the camera/fotos). There is a certain camera shot, where on the left side a frontal close-up of Wendy's face is shown, while on the right side you see her sister standing in full height inside the open door.

This shot immediately struck me as being somehow characteristic and out of place and infused feelings to me of some kind of older Hitchcock or Brian De Palma thriller or something the like. I also think to remember of having seen this kind of shot or something similar used in Cape Fear (Scorsese's 1991 version), where Jessica Lange is shown in front of the dresser talking to Nick Nolte who stands in the door or father away.

I would like to know if this technique has a certain name or theory behind it and where its origins lie, or if there is any particular director or movie who made this famous. It may be even that Final Destination 3 uses this especially in reference to some director or movie.

This type of shot is most commonly known as a Deep Focus Shot.

From the wiki page:

Deep focus is a photographic and cinematographic technique using a large depth of field. Depth of field is the front-to-back range of focus in an image — that is, how much of it appears sharp and clear. Consequently, in deep focus the foreground, middle-ground and background are all in focus. This can be achieved through use of the hyperfocal distance of the camera lens.

When deep focus is used, filmmakers often combine it with deep space (also called deep staging). Deep space is a part of mise-en-scene, placing significant actors and props in different planes of the picture. Directors and cinematographers often use deep space without using deep focus, being either an artistic choice or because they don't have resources to create a deep focus look, or both

In the cinema Orson Welles and his cinematographer Gregg Toland were most responsible for popularizing deep focus. Their film Citizen Kane (1941) is a veritable textbook of possible uses of the technique. 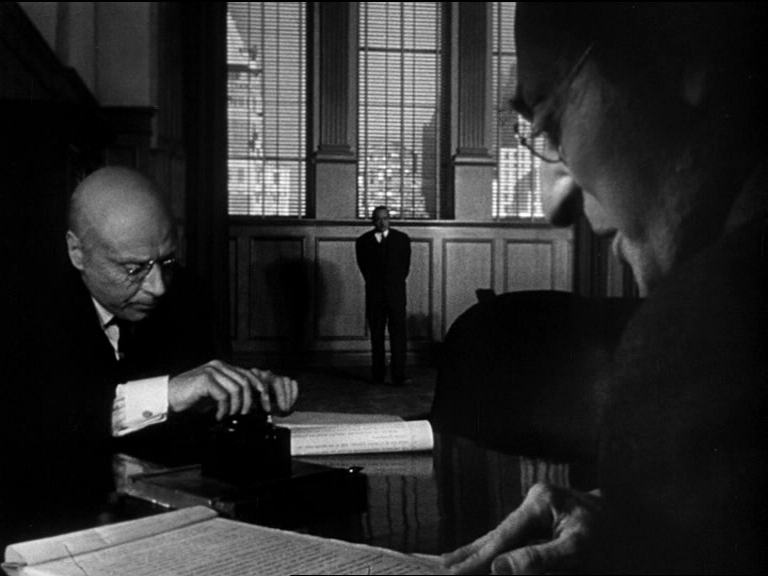 A split diopter is half convex glass that attaches in front of the camera's main lens to make half the lens nearsighted. The lens can focus on a plane in the background and the diopter on a foreground. A split diopter does not create real deep focus, only the illusion of this. * (Nobby adds: this is why you sometimes see a thin, blurred line separating the foreground from the background)*

Nobby also adds: You rarely see deep focus shots being used in modern films as the advent of hand-held cinematography, along with the abandonment of established filming 'rules', has led to a desire for newer films to represent our way of seeing. We can't focus on two planes at once (unless from a great distance) and this is why 'shallow focus' (blurred backgrounds) are more prevalent. That said, the use of crash zooms has been creeping into shots lately, and this serves to draw the viewer out of the scene, as a zoom is the one thing the human eye cannot do.

First of all let me begin by saying that I am no expert in the field, just a film enthusiast, so I am not able to give more details or explain any better than has been made in the websites I've stumbled upon with a Google search.

The name of the cinematographic technique adopted should be Deep Focus (excerpt from Wikipedia):

"Deep focus is a photographic and cinematographic technique using a large depth of field. Depth of field is the front-to-back range of focus in an image — that is, how much of it appears sharp and clear. Consequently, in deep focus the foreground, middle-ground and background are all in focus. This can be achieved through use of the hyperfocal distance of the camera lens. Deep focus is achieved with large amounts of light and small aperture"

Which seems to be case in the example you provided and (if I remember correctly, also in the one you quoted).

"A Split Focus Diopter is half convex glass that attaches in front of the camera’s main lens to make half the lens nearsighted. The lens can focus on a plane in the background and the diopter on a foreground element. In the 1970’s and 1980’s, Brian De Palma championed the use of this tool to enhance the visual and emotional experience of his films"

I believe this would simply be called a "two shot", since it is framed in order to show only two people.

Perhaps the real question you're asking is about the technique. It's done through the use of a device called a split field (or split focus) diopter. Brian De Palma also used them in Blow Out, Mission Impossible, and others. 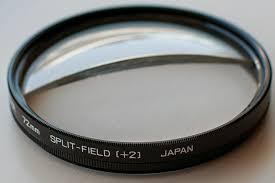 Essentially, it's an additional lens added on top of your primary lens, but it covers only half of it. By careful positioning of your subjects, you can achieve this unique look of having your foreground and background in focus without adjusting down your aperture to achieve true deep focus.

Not the answer you're looking for? Browse other questions tagged film-techniques cinematography final-destination-3 .

17
What was the first full-length feature film shot completely with digital cameras?
22
How do they show a tooth-less mouth?
5
How are first-person perspective videos shot?
8
What was the first movie entirely shot from a first person POV?
5
How was the time-freezed scene in the Matrix with the woman in the red dress shot?
1
What is the name of this camera work used in the opening shot of After Hours?
6
How do they shoot breaking things so close to the camera without damaging it?
27
Meaning of a movie shot type with too little of a leadroom
5
Mirror shot without camera reflection in "Velvet Buzzsaw"
2
a close shot in music video (fisheye ? prob. not )