What is the significance of the dog and butterflies in Paprika?

Before and after dreams in Paprika, a dog sitting next to a kennel appears, and there are also recurring images of butterflies.

Are there any good theories as to why they appear and what is the significance of them as symbols? Or are they just aleatoric flashes of the subconscious?

The butterfly has a very rich symbolic history. In contemporary culture they (arguably) stand for freedom, chance and change, but classically they refer to the psyche.

I don't really know where you get the idea that "a dog sitting next to a kennel appears before and after dreams in Paprika". As far as I know, the only time it is cut into the film in a suspicious way, is when Dr. Shima jumps out of the window, and we see this dog looking up: 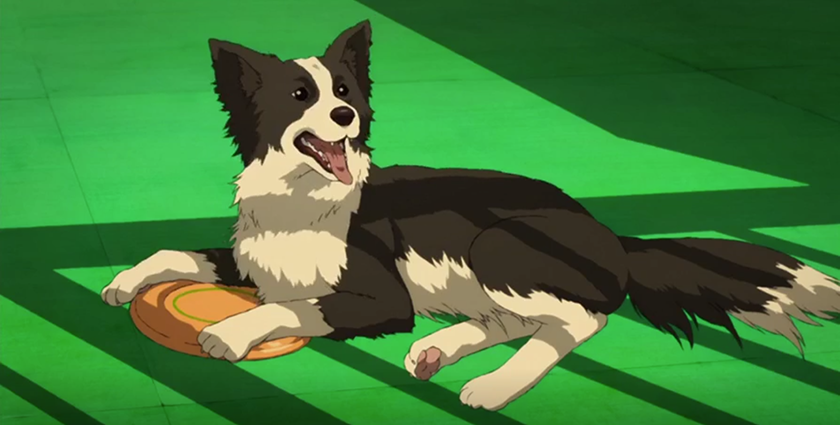 Although his action is induced by a dream, we see Shima's jump taking place from reality, and the dog is cut in right before he jumps, probably because Shima was throwing a frisbee with him a short while ago. It seems to be there only to build suspension, although it could refer to the good-heartedness and faithfulness of the doctor.

✝ Additional observation: paprika (or bell pepper) is a common cause for anaphylaxis.

The butterfly is a reference to the phllosopher who dreamt he was a butterfly, and as he awakes, he wonders if he's a butterfly dreaming of being a philosopher.

Not the answer you're looking for? Browse other questions tagged analysis paprika .