Why did James Cameron decide to give Alita big eyes?

In Alita: Battle Angel, why did James Cameron decide to give Alita big eyes? 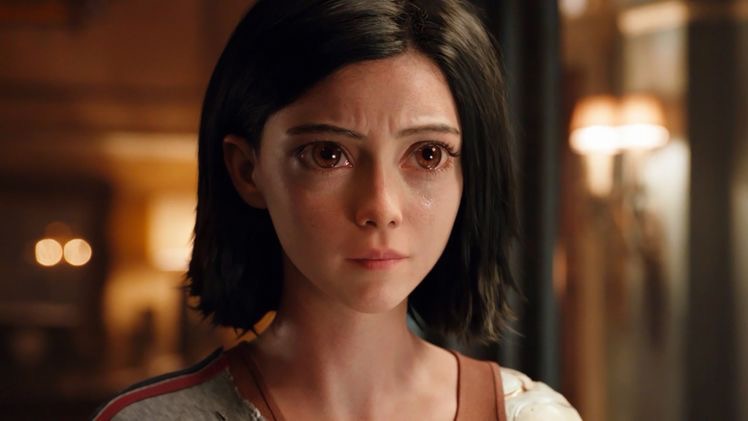 “I think Robert and I were both always in utter agreement that she should look like the character in the manga,” Cameron told us. “With our first trailer that went out, we weren’t quite there yet. And we got a lot of blowback from the fans. And there was a backlash reaction at the studio. ‘Better make the eyes smaller.’ I said, ‘No, let’s make ’em bigger.’

“When we expanded her iris and her pupil, she seemed softer, more open, more inviting. You kind of saw through the window of her soul into her character. And then it worked.

“In one of Alita’s eyes, there’s more detail, more mathematics, more geometry, more pixels than in all of Gollum from The Lord of the Rings,” she said.

“The manga anime eyes that we’ve seen since the 30s and Astro Boy has never been done photorealistically. So, usually when we see an anime translated, it doesn’t feel like that.”

Continuing, he adds, “The early artwork I saw that Jim [Cameron] had, before it was even technically possible, had that in her [Alita]. It was so striking and so arresting, I thought, ‘My god, we have to do that. We have to be the first to bring a true manga and anime character to life.’”

For those of you who haven't read the original manga, Alita is an early generation cyborg. This means that her design wasn't as flawless as newer generations (much like comparing today's computers to, say, a Macintosh 128k). It has little to do with 'manga eyes' or any generalization of the standard Japanese manga art style. In the manga, the size of her eyes (and shape of her lips - not accentuated in the movie adaptation) is a plot point. Most of the characters that cross her path comment on how strange her facial features are as, even compared to other big eyed manga characters, her eyes are quite large.

Being a fan of the original manga himself, it makes sense that Cameron would pay attention to this point in his adaptation and I am personally happy that he didn't back down and stayed true to the source content.

Not the answer you're looking for? Browse other questions tagged character directors alita-battle-angel .

7
Why didn't James Cameron direct further movies of 'Terminator' franchise after 'Terminator 2'?
6
Why did Jordan kill herself?
3
Did Cameron betray John Connor?
2
Why did Henry try to kill James Sanding in The Purge?
41
Why didn't the producers offer Ridley Scott the chance to direct the 2nd Alien movie?
7
Does Alita have a third body?
6
Why does Alita compete in Motorball?
2
Why was Edward Norton's name not featured in the cast of Alita Battle Angel?
5
Why did Melba change her mind?