Why did the Tolmekians and villagers get into a battle over the valley forest?

Since the origin of the toxic jungle, a thousand years ago, people tried time and again to burn it. But time and again, their attempts did nothing but enrage the Ohm, and swarms of them spilled from the jungle and stampeded across the lands. They toppled cities, destroyed kingdoms, and killed thousands.

After toxic spores are found in the Valley's forest, the villagers demand to be able to go to the forest with fire-based tools and take action. Kurotowa seems to agree with them:

Soldier: If we give them tools to burn the spores, they could use them against us, instead.

Kurotowa: We have no choice. Hand over everything but their guns.

Initially the villagers only use fire to burn the spores directly, however, after the villagers find that they have infested entire trees, Obaba advocates burning down the forest:

This forest is doomed. We must burn it down. If we hesitate, the toxic jungle will engulf the entire valley.

The next scene shows the forest burning, seen by Gol from the mountain ridge.

All this over a little forest.

Gikuri: You [the Tolmekians] plan to burn down the jungle, but we've learned to use fire only in small amounts.

Gol: That's right. Too much fire gives birth to nothing. Fire can reduce a forest to ashes in a day, while it takes the water and the wind a hundred years to grow one anew.

Gikuri: We prefer the ways of the water and the wind.

Niga: The princess will be devastated when she sees that our forest is gone.

I have never read the original manga series, but seen the movie multiple times and it is my top 1 favourite Ghibli film. And here's my interpretation based on my understanding.

The villagers are gathered at the castle upon Tolmekians' arrival. 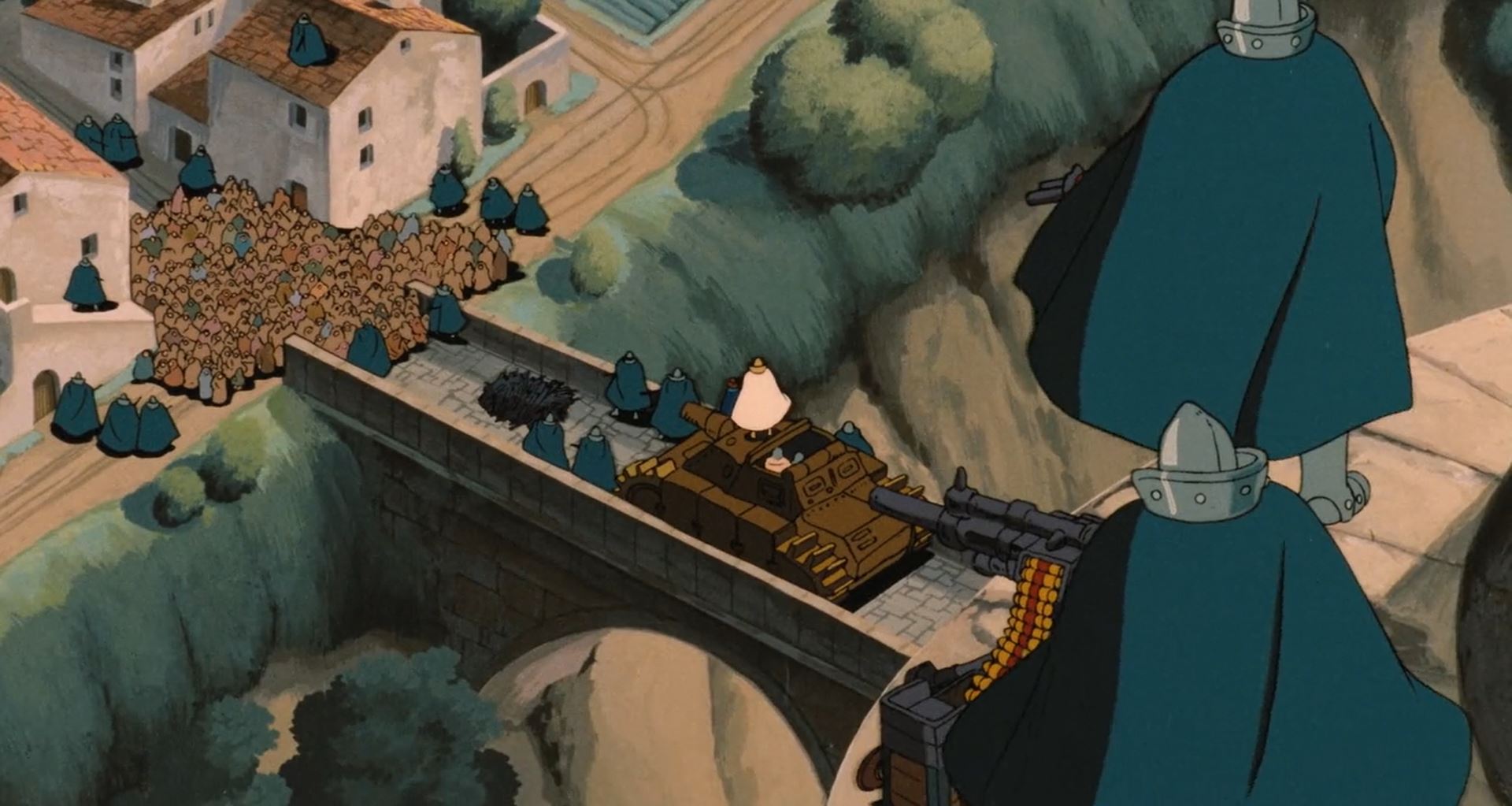 Kushana: We have come to unify the frontier nations and build peace in this region. You live on the brink of extinction beside the Sea of Decay.

Kushana: Accept our rule and join our enterprise. We shall burn away the Sea of Decay and resurrect the earth!

Villagers: Burn away the Sea of Decay. Is that possible?

Kushana: We have revived the miraculous skills and power that once allowed humans to rule this earth. For those who submit to us, I promise a life free from fear of the toxins and insects of that swamp.

From the conversation, we can tell that the Tolmekians want to burn down the Sea of Decay (which is the forest that full of toxic gas and infested with giant insects), not the normal and healthy forest in the village.

And above is related to the battle between villagers and Tolmekians in the valley.

Firstly, the Tolmekians plan to use the valley to resurrect the embryo of Giant Warriors. The village and specifically Obaba against this proposition. Reason why, you already explained it. Therefore, the villagers and the Tolmekians were never in agreement to burn away Sea of Decay. This is the 1st cause.

Secondly, it was their first Tolmekian ship that was attacked by insects and crashed at the valley's cliff brought in the spores. It is because the insects live in Sea of Decay (forest) and carry the spores. This can be proven when Nausicaä is trying to save Yupa and stops the enraged Ohm.

Nausicaä: Return to the forest, Ohm. This is not your world. Be a good boy.

Nausicaä is saving Yupa from danger, and also stopping the Ohm wanders off too far away from the Sea of Decay (forest) and spreads the spores along. Because spread of spore = expansion of Sea of Decay. In real-life, the concept is same as how bees transfer pollen. You can see it in the film's post-credits scene. 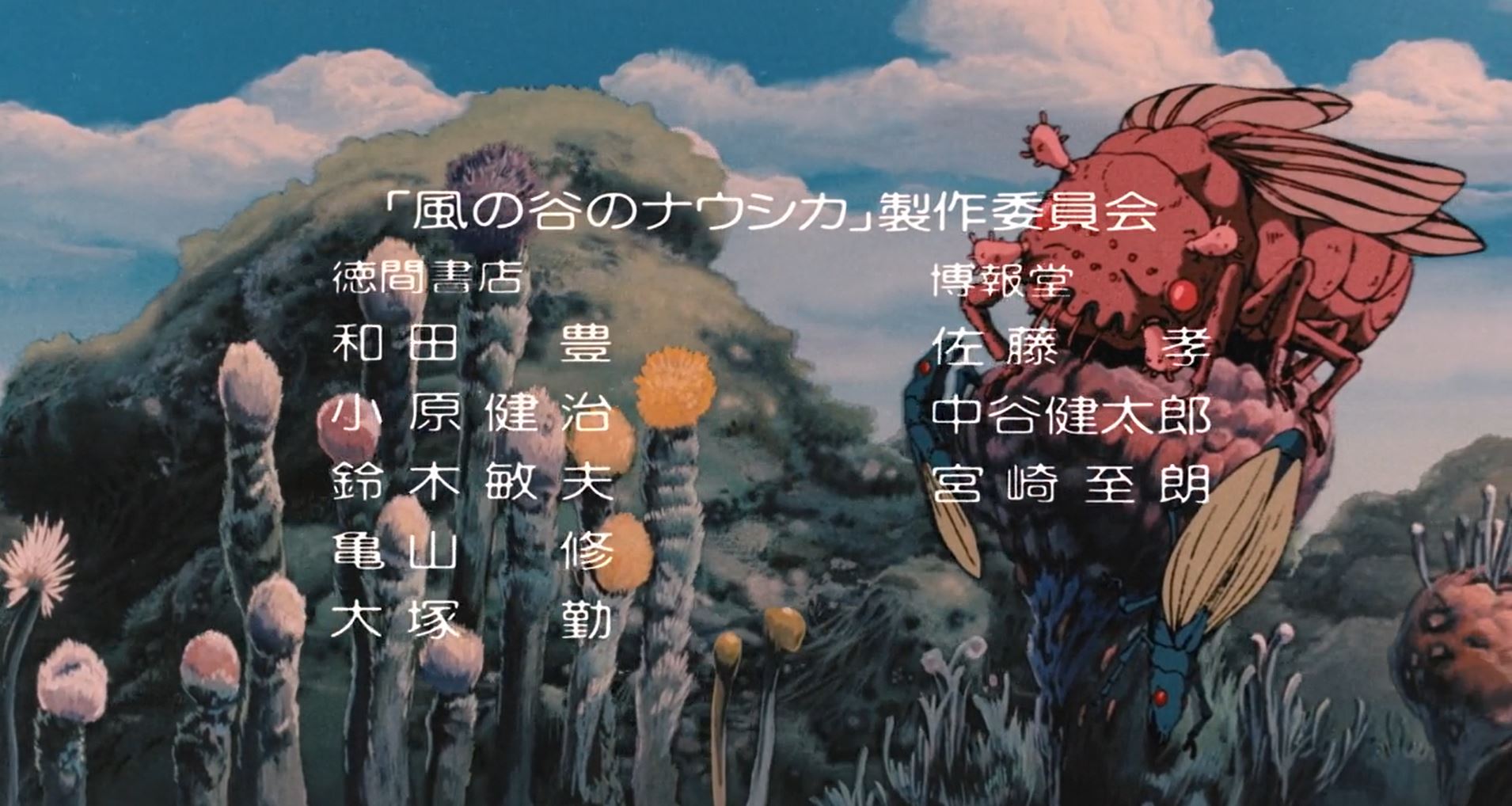 Obaba speaks to villagers when they are burning down their forest that infested with spores from the Sea of Decay. 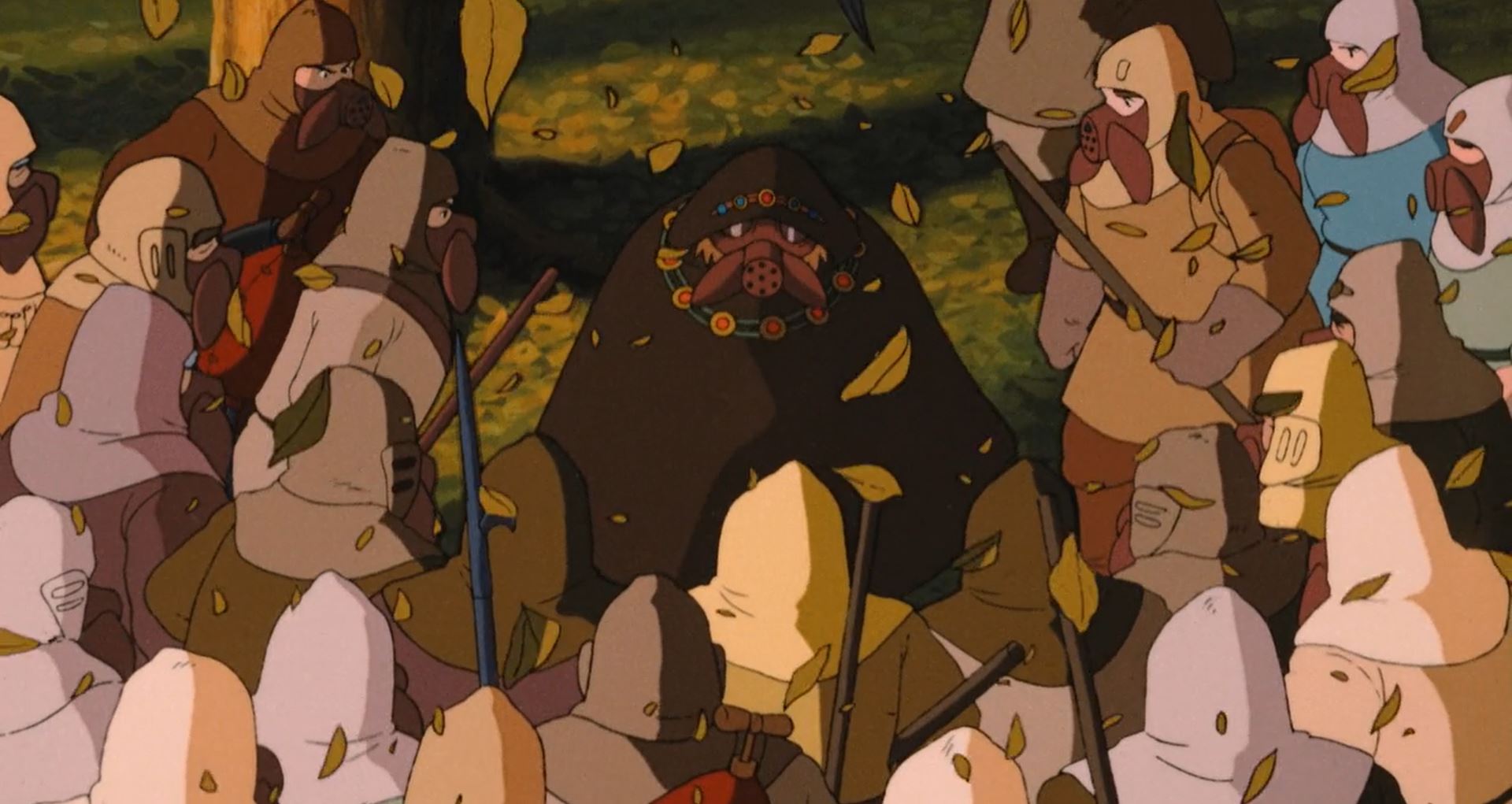 Obaba: We've no choice but to burn it. This forest is doomed. If we hesitate, the Sea of Decay will consume our valley.

Villager 1: Isn't there anything to be done? This forest guarded the reservoir for 3 centuries.

The village's sustainability relies on the forest, because of the crashed ship that brought in the spores, their entire forest is destroyed. Tolmekians' arrival also interrupted the operation to find-and-destroy the spores. Regarding to all the conflicts between them, the villagers decide to fight against their rule.

5
Why did Chandler Bing get into the advertisement field?
10
How did Crabbe and Goyle get into the advanced N.E.W.T. class?
6
How did Bran get over the wall?
6
Why were the MAVs sent so far in advance of missions?
14
How exactly did Will and Barb get into the Upside-Down?
0
Why do they walk into the Haunted Forest carrying weapons?
3
What happened with Steve and the sketchbook?
8
How did Teddy get into the Sublime?
5
What caused the battle over Ganymede?
4
Why can't the smoke monster get over the fences?