The Boys is set in a universe where super-powered people are recognized as heroes by the general public. Usually, in superhero stories, the public sees heroes emerge upon the rise of the evil. Without evil/villains, there isn't much use of a superhero nor the need nor inspirations for their heroism. In the first season, we didn't see The Seven fight any super villains but with only ordinary bad guys, thieves, terrorists etc.. which generally police forces and armed forces can handle. I didn't see any mentioning of super villains when I watched it, but I may have missed if there was any.

Are there any supervillains in the universe of The Boys?

If so, why were they not there at all? Not even mentioned?

It's more like making the need for a product and then selling it. That's what Vought was doing to an extent and then Homelander extended it by creating super-terrorists, the Female was also part of that plan.

Also what is supervillain is subjective in The Boys, like are you sure Homelander doesn't count more as supervillain rather then superhero?

Still if we go in full black and white and count The Seven as Naqib can count as supervillain for now. 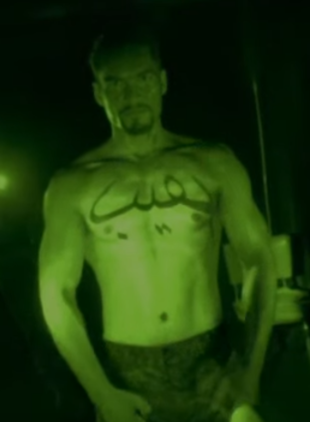 People have answered your first two questions, so I'll answer the third:

Sure, if there were "super trees" that I could only cut with a chainsaw, the chainsaw would be even more valuable. But cutting normal trees at an increased rate and less fatigue is already something worth of praise.

And that's the same with super-heroes, you don't need super-vilains to make super-heroes useful. You see them resolve crimes in a few seconds that'd have taken hours for the police to handle without any casuality on the "good side". And that's only the logical side of it.

Take also into account that they are beautiful/handsome, have incredible super-powers and most people even think that the powers are god-given.

When you see what little is needed to become famous in our real-world star-system, why wouldn't we revere someone that actually saves people and have real powers?

We have seen attempts to create 2 supervillains already but no US born supervillains, maybe that's what you mean. I think this is probably for a number of reasons.

In most stories involving superheroes they just exist, often for reasons unknown (or, at least, reasons unknown to humanity). Humanity doesn't have much say in where their powers come from. They are often accompanied by super-villains with similar origins. Sometimes we get a hint of their origin (modern stories tend to give some clues about where their superpowers originate like those in the MCU where many are aliens or for superman, for example). The important point is that their existence has some external cause unrelated to humanity. And many stories seem to assume that the universe has some balance where super villains also arise (and good stores thrive on conflict).

The "heroes" in The Boys are not random, they are created by people for a purpose. Vought has been experimenting with serums used on mothers/children to create a breed of heroes. They do this because it fuels a huge, profitable hero industry. They pretend the heroes are sent from god or some cosmic random process, but that is a lie.

Initially at least they don't need to create super villains (there are plenty of real-world, non-super bad guys to keep the heroes apparently well occupied). Of course the "heroes" are neither very heroic, morally upright or competent. In one sense the 7 are the bad guys (the super villains of any more conventional story). But, as we find out during season 1, Vought does feel the need to create visible super villains to enhance the role of their "heroes" in the fight against terrorism. They use the same technology that created their heroes and give it to terrorists to improve the incentives for the military to incorporate the "heroes" into military action, something they were resisting at the start of the story (Vought also uses blackmail for this goal, but the existence of superpowers villains is a strong extra incentive).

So, yes, super villains do exist in The Boys and they are a part of Vought's plan to make more money from military contracts.

10
Have they really escaped from Alcatraz?
7
Association between antagonists in Iron Man 1 and Iron Man 3
4
How long have they been dead?
21
In Groundhog Day, why don't they have hot water?
10
Why do they have to be barefoot?
16
Why did they avoid parodying Martian Manhunter?
5
Do all the superheroes in "The Boys" have higher strength and thicker skin?
5
Do this character's eyes have to turn white when she uses her super power?
8
Is any superhero in The Boys parodying a Marvel superhero?
11
Why does this person have powers?