While I am aware that the events portrayed in S1 of Mindhunter are an interpretation of the experiences of John E. Douglas and Mark Olshaker as opposed to an accurate portrayal, can anyone explain to me how much 'in universe' time elapses between the events at the start of episode 1 and those at the end of episode 10 and in the same regard, the length of the elapse between the end of S1 and the start of S2?

We see Holden lecturing at the FBI Academy just before joining the BSU in August 1977. 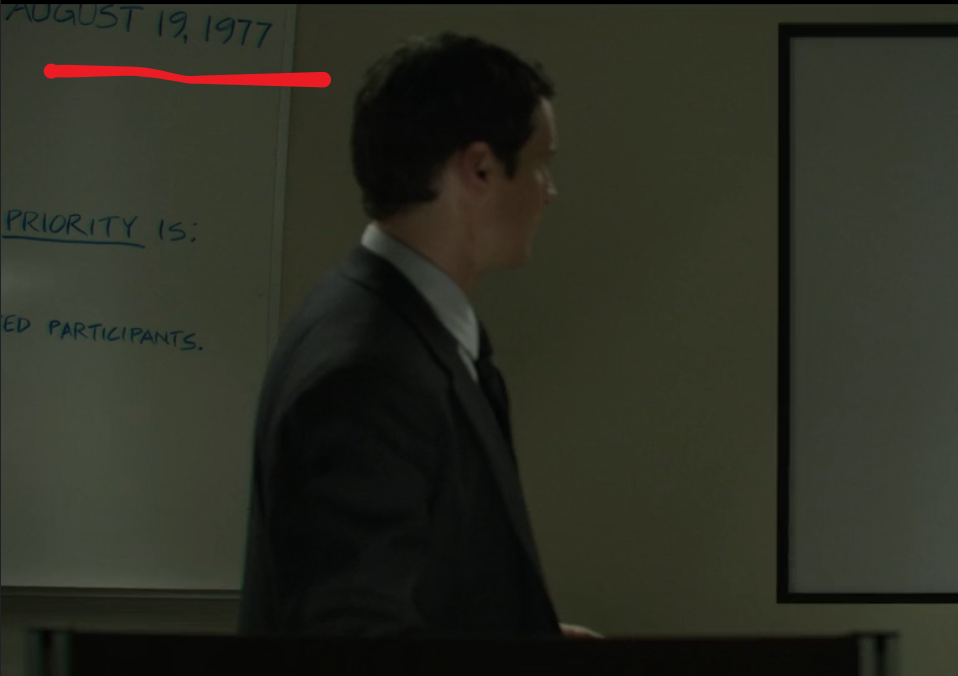 Season one is set in 1977—in the early days of criminal psychology and criminal profiling at the Federal Bureau of Investigation[6]—Mindhunter revolves around FBI agents Holden Ford (Jonathan Groff) and Bill Tench (Holt McCallany), along with psychologist Wendy Carr (Anna Torv), who originate the FBI's Behavioral Science Unit within the Training Division at the FBI Academy in Quantico, Virginia. They interview imprisoned serial killers in order to understand how they think, with the hope of applying this knowledge to solve ongoing cases.

As for the "gap" between S1 and S2, it's probably no more than a long weekend and it seems that the panic attack suffered by Holden was late the week before.

Not the answer you're looking for? Browse other questions tagged plot-explanation mindhunter-2017 .

5
Who is Bruce and does he have a real-world counterpart?
7
How do the events in The Day of the Doctor relate to those in The End of Time?
27
Explanation for Lenny's “I've done it” tattoo
13
Captain America Winter Soldier fight scene strangeness
7
Consistent explanation of Enemy
14
In which way do the engravings represent Dean Corso's journey towards The Ninth Gate?
4
Why does Mindhunter use fictional main characters?
7
What is the point of this story arc in Mindhunter?
28
Why was no-one on Agents of S.H.I.E.L.D. affected by Avengers: Infinity War?