How did Aquaman get his tattoos?

Simple question, how (physically) did Aquaman get his tattoos?

So he may have found or be given some Atlantean steel by Vulko, which they could have used to tattoo him, But, if there was another way or someone has some more information on how he had it done would be great. 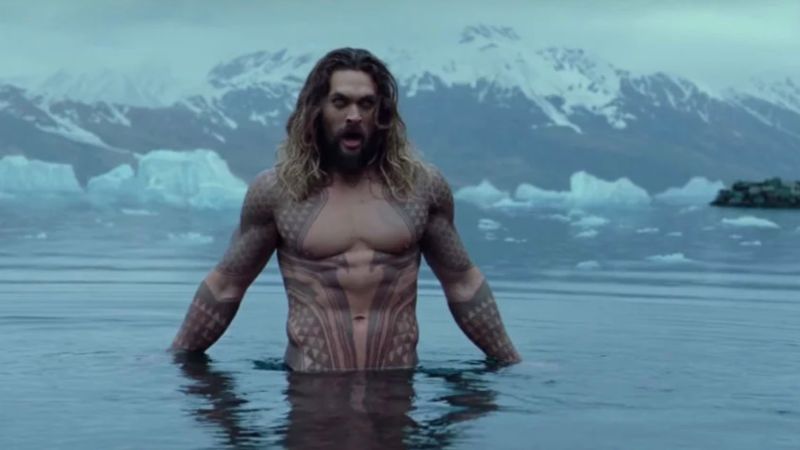 There is no in universe explanation how Aquaman got his tattoos. It was director Zack Snyder's idea of getting the character tattooed.

Regarding Aquaman's skin being bullet proof, he is not completely bulletproof. He has a denser muscle under his skin.

Oh, bullets (or whatever else) will penetrate and break his skin. He's not a man of steel. He just has really dense mass/muscle. At least that's what Geoff Johns and I talked about 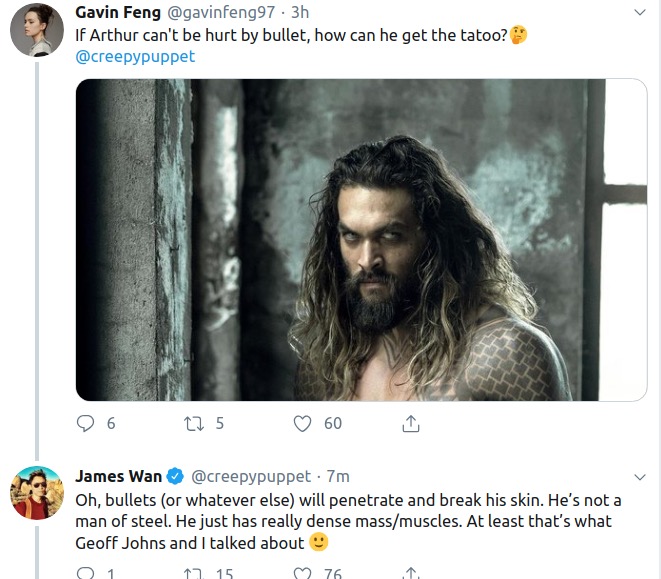 So, he is not completely bullet proof but strong enough that no bullets or steel can do harm to him. That could be a reason why he blocks bullets instead of standing up to them and repelling them.

This may not be a in universe explanation but these tattoos give a stylish look for the character Aquaman and more importantly a symbolism that he is the king of the ocean. The tattoos he has on his body are very close to ocean creatures like fish and shark.

From an analysis on Aquaman's costume from ign.com,

Momoa is Hawaiian and has said that he wants Aquaman to represent the Polynesian people, who use tattoos as a big part of their culture.

The shoulder/arm tattoo looks like fish scales, which is a nod to Aquaman's orange fish-scale shirt. The scales could actually be spearheads or shark teeth, which could speak to the deadly nature of the character

Though it was an idea of Zack Snyder, Jason Momoa has major influence in deciding what they look like and enjoyed having those faux tattoos on his body. Actor Jason Momoa comes from Polynesia. Tattoos are a part of Polynesian culture. He was so excited to include Polynesian culture in Aquaman because Aquaman is considered an embodiment of their culture. So, you see tattoos in movie version. Originally Aquaman from comics doesn't have tattoos.

There are various depictions of Auqaman in comics. He looked something like this with scaly suit. So, we can say those scaly tattoos were a nod to his costume from comics. 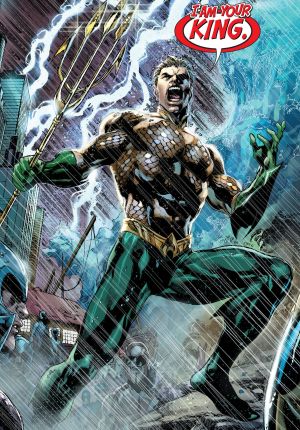 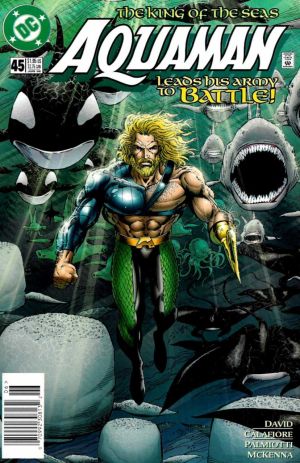 Or classical orange and green suit which even Jason Momoa is shown wearing in the movie.

In an interview to comicbook.com at Walker Stalker Con in Atlanta, Momoa said

“Yeah, I did go to school for Marine Biology, but the cool thing is…the greatest thing for me is that Polynesians, our gods, Kahoali, Maui, all these water gods, so it’s really cool and a honor to be playing a [water] character. And there’s not too many brown superheroes, so I’m really looking forward to representing the Polynesians, the natives.”

So, tattoos were an addition to the character to represent the oceanic culture and ocean gods.

According to an article on Comicbook.com, director Zack Snyder came up with the idea to have Aquaman sport tattoos.

"Zack [director Zack Snyder] had the idea to put the tattoos everywhere and everyone wanted him to have a little bit of blonde in the hair," Momoa said. "I just wanted him to have the Van Gogh green-colored eyes, where you can kind of get lost in them. You're scared by it, but you're drawn in. We put the contacts in, and I was like, wow. It's kind of scary, but hopefully not too scary."

So, they are, in fact, tattoos. However, apparently Snyder didn't have the foresight to conceive how or why a tattoo could be placed on the body of someone who is impenetrable. It's not explained in the movie, and the comic book Aquaman had no tattoos. Luciano's comment is probably the most accurate; it's the "Rule Of Cool" at work.

Not the answer you're looking for? Browse other questions tagged character dc-extended-universe aquaman .

2
Was the reason for Reed Richard's (and Sue Storm's) powers explained?
1
How did Flash of DCEU get his powers?
5
Why did Aquaman and Mera need a boat?
4
How did the submarine get past Atlantis's defenses?
13
Why are we shown the book "The Dunwich Horror" in the opening scenes of Aquaman?
6
Why did Mera use Aquaman as source of water?