In Das Boot, what is Leutnant Werner's role?

I am re-watching the "Das Boot" (U96) movie, and for the first time I realise that the writings in Leutnant Werner's notebook are in English. This is shown at two occasions. 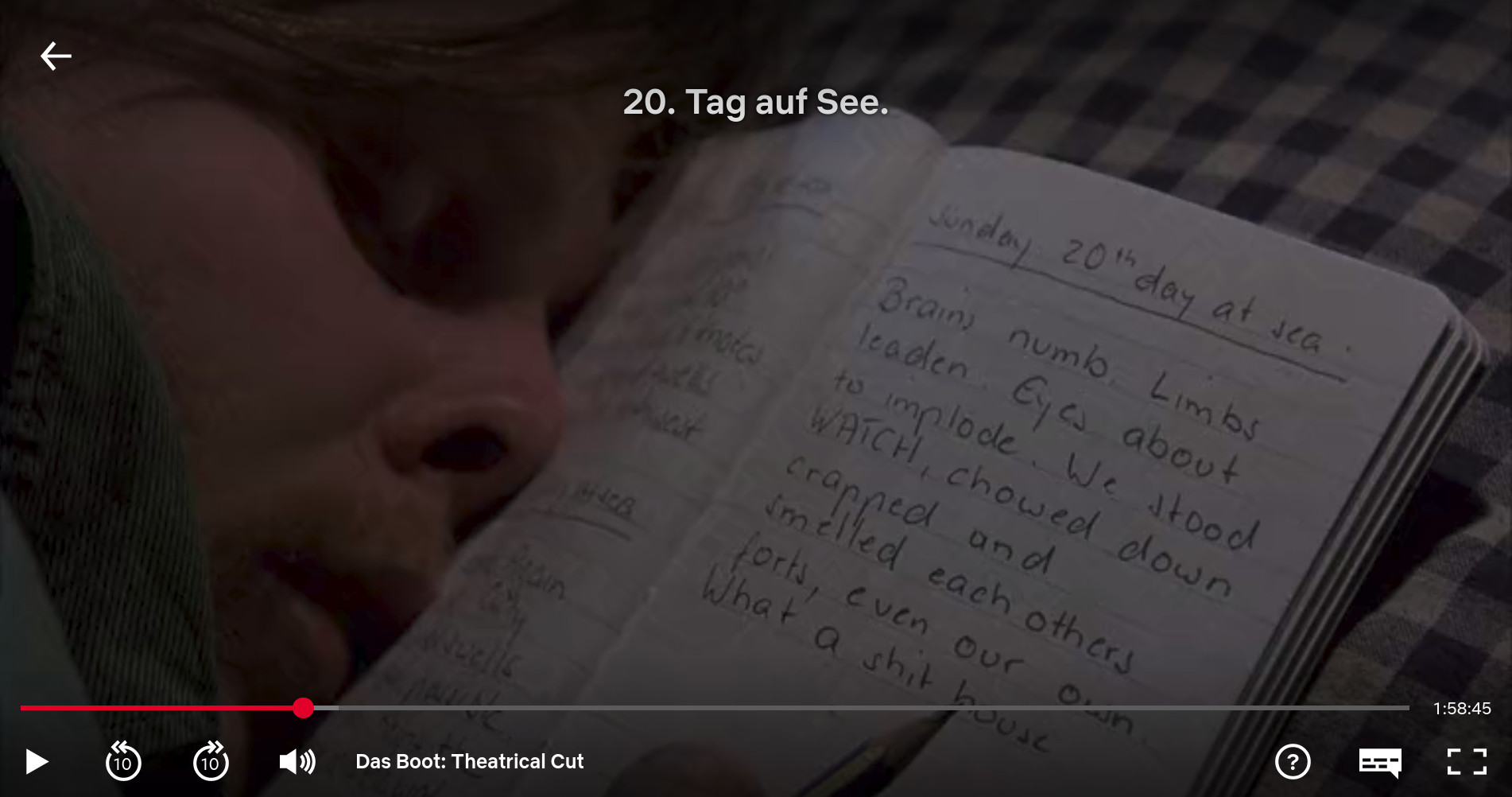 Leutnant Werner is some kind of "embedded journalist". But should this particular scene give a hint that he actually is a spy for England?

In the German version of the film, the diary entries are in German: 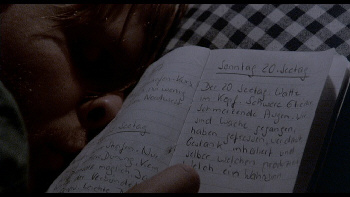 So this scene was either filmed twice, once for the original and once for the International version, or the text was changed in post.

Note that the former was not uncommon at the time. For example, the manuscript scene in Kubrick's Shining has an English and a German version as well. These days, such changes are usually done in post-production, as that is considered cheaper than shooting the same scene twice.

The reason for this, as pointed out in the comments, is to give the movie a better chance of selling on the International market.

Not the answer you're looking for? Browse other questions tagged plot-explanation das-boot .

7
Is there a higher authority than Parker in Avatar?
7
Is it realistic for a terrorist to leave his phone number behind in the call list?
13
Clarification about closing a loop in Looper
13
Captain America Winter Soldier fight scene strangeness
2
Was the reason for Reed Richard's (and Sue Storm's) powers explained?
8
Foreseeing the murder of Ann Lively in The Minority Report
11
Why did U-96 not approach Gibraltar submerged?
9
What was the Architect's role?