What's the significance of this wearable item on Hanna?

In Midsommar, (2019) Hanna (played by Louise Peterhoff) appears to be wearing some kind of modern ankle strap/support. The item is black with red or orange trim and not in keeping with the rest of her white/pale pagan style costume. 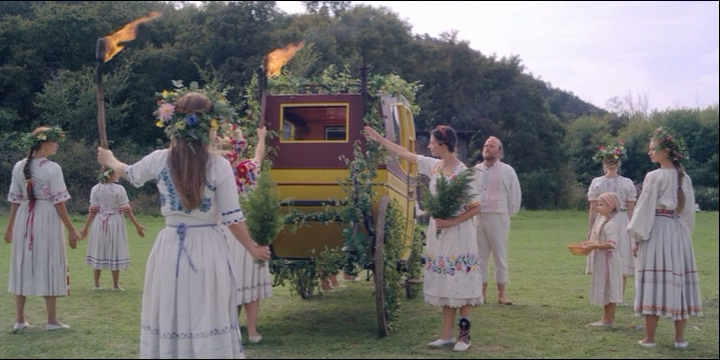 I don't recall it being mentioned or referenced, and it surely isn't there by mistake. So what is its significance, why is it there?

There's nothing in the script for that scene that draws attention to the 'brace'. The camera doesn't focus on it in close up, and no character makes reference to it.

Siv gestures in the direction of a CARRIAGE, just beyond the tables. Its back sports TWO UNLIT TORCHES. Several girls (six to pull the carriage and six to accompany it) surround it. One GIRL scatters flowers to create a PATH between Dani and *the carriage. Dani RISES. Everyone else stands up, too.

DANI Can Christian come with me?

SIV No. The Queen must ride alone.

Dani pauses to accept this. She steps onto the floral path and approaches the carriage. On the way, Hanna offers her a LONG, FLAMING STICK. Dani accepts it. Hanna motions to the carriage’s unlit torches. Dani walks to the carriage, extends the stick’s flame toward the torches, and sets them each AFIRE.

Hanna takes the stick back from Dani, and gestures for her to enter the carriage. A TRADITIONALLY DRESSED MAN stands beside the carriage door. He hands Dani a VIAL OF HOLY SPRING WATER, and offers Dani his hand (for support) as she contemplates entering.

It's presumably either part of her standard attire (which seems unlikely as it's only seen in the later scenes), decorative for the ceremony, or functional to support an injury.

Additionally, we see other characters with orange touches to their white outfits, such as the headpiece of the Hargan men who light the torches: 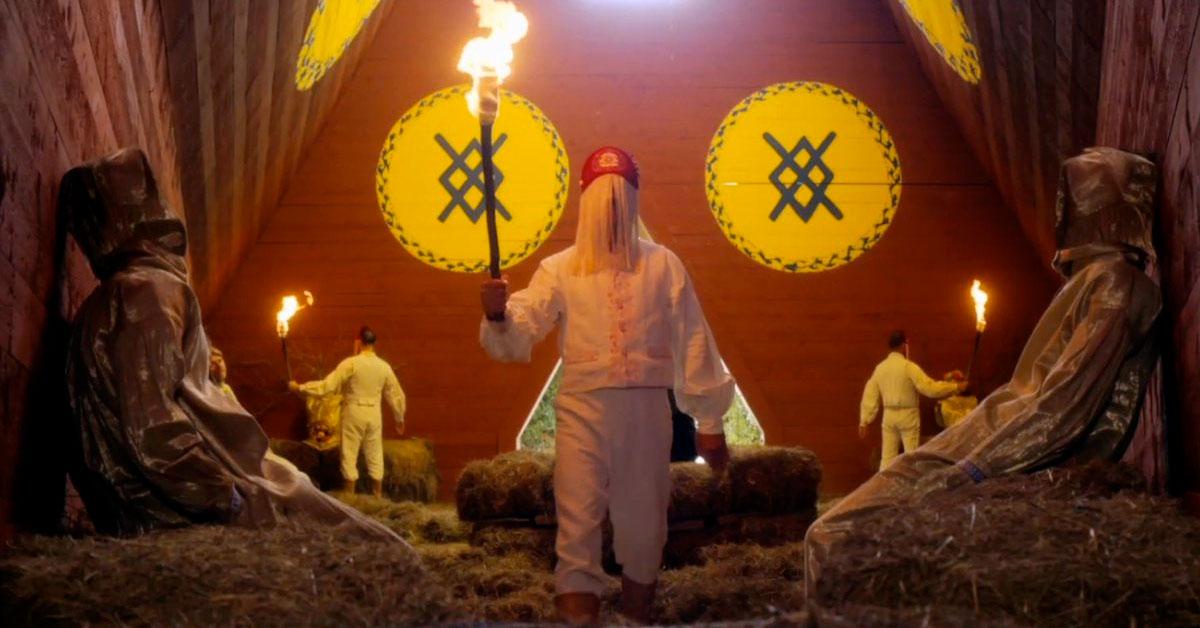 Not the answer you're looking for? Browse other questions tagged plot-explanation props midsommar .

24
What is this item in Sheldon & Leonard's apartment?
8
What's with Marissa's bleeding gums in Hanna?
5
What's the Last Item on Shadows Shopping List?
6
What's the significance of the items in Coulson's folder in the Framework?
9
What is the significance of this photo?
9
What was the point of getting this item into the Quantum Tunnel?
5
How did Bill get this item in It: Chapter Two?
5
What's the purpose of this picture shown at the beginning?
6
Are the rituals in Midsommar based on any ancient folk culture?