Does the Rube Goldberg machine used in the Elementary intro credits fully exist (and work)?

The intro sequence for the CBS show Elementary has a Rube Goldberg machine that actually captures the general flow of an episode quite well:

I was wondering if there is more information about this machine. Was it built in reality for the show and if yes, to which degree does it actually work?

Maybe there is even a more complete video sequence of this contraption that shows the entire workings and from which the intro-squence has been cut together? Or were the various quick shots that show recurring concepts from the series just assembled individually?

Was it built in reality for the show?

Yes. But not as a whole complete single system.

Interview with Simon Clowes on artofthetitle, discussed how they made the scene on camera and how they build the sequences, props and added effects.

Title sequence. Image is from article by artofthetitle 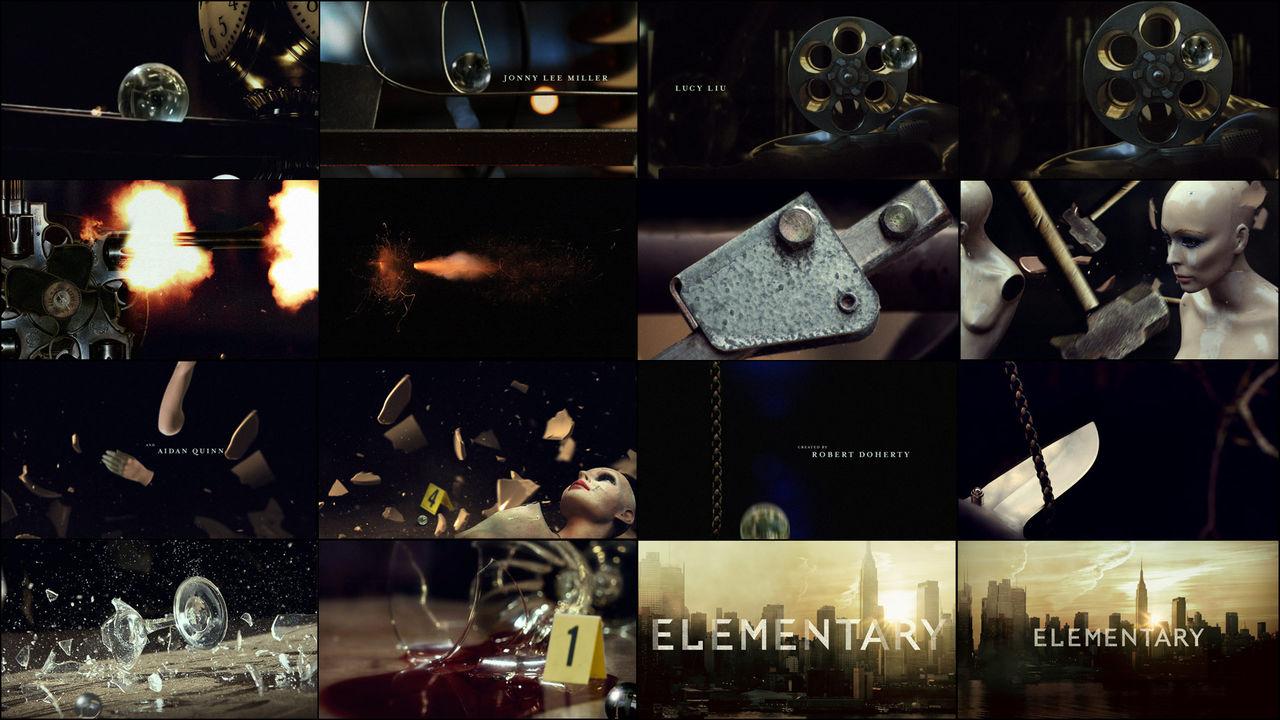 Interviever: How did you come up with the different elements of the Rube Goldberg contraption?

Simon Clowes: We commissioned Rolling Ball Sculptures to create five standalone pieces to feature in the sequence and collaborated closely to ensure there would be enough variation between each structure. I then decided to construct the rest of the contraption with potential murder weapons, but using a gun or a rope wasn’t enough, it needed to feel like it was all handmade.

Interviewer: How did the live-action shoot go?

Simon Clowes: The one-day live action shoot took place on Mack Sennett Stage in Silverlake, Los Angeles. We shot everything on the Arri Alexa* and, as always, we had a very tight schedule with multiple setups throughout the day. Each element was different, requiring specific lighting setups, particularly any shot featuring the metal structure.

Some props were still being assembled, auditioned, and adjusted on set which made things even more interesting. This freedom, however, enabled us to make decisions on-the-fly and also execute some last minute ideas I had. The metallic structure itself consisted of five customized elements which were individually commissioned and one complicated 7ft sculpture which is featured in a few shots.

He further explained how they record the sequence and how the process went.

Simon Clowes: Due to budgetary constraints, the aim was to get everything in camera with a minimal “we will just fix it in post” approach to the shoot. With the exception of the end card and about three shots that needed slight rig removal in Nuke, everything else was captured in-camera. Victor Duncan animated the credits, end title card, and transitions in After Effects, along with completing the necessary cleanup in Nuke.

Everything was shot digitally by Cinematographer Benji Bakshi on the Arri Alexa. We employed the use of various lenses, in particular a probe lens for a few shots, enabling us to get between some of the complexities of the structure and create an interesting perspective in the shot. 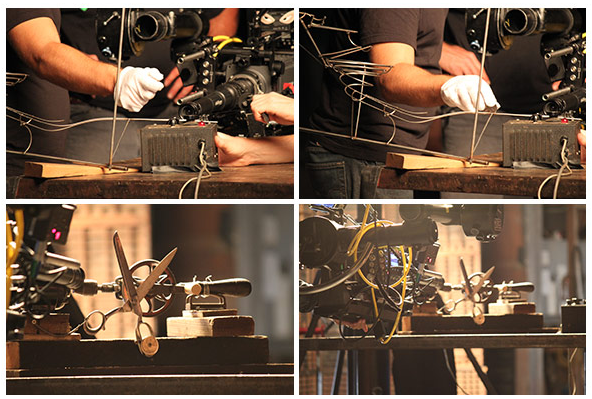 You can read the complete article on here

Not the answer you're looking for? Browse other questions tagged props title-sequence elementary .

2
How does the cartridge insert itself into the cylinder then spin and lock it into the firing position?

28
Does the Game of Thrones intro change to reflect the current story?
16
Do the sigils next to the names of staff in the Game of Thrones intro all exist in the fictional world?
8
Does the wooden puzzle from Tomb Raider really exist?
5
Is the rowboat painting in more than 2 episodes and does it have multiple meanings?
2
How does the cartridge insert itself into the cylinder then spin and lock it into the firing position?