Did Bruce's mother end up as the Joker?

In Justice League: the Flashpoint Paradox, as Barry's memories are being replaced we see that night where Bruce's parents would have been murdered, but thanks to the ripples of the altered timeline, it was Bruce who was killed.

As Bruce's mother is holding him, covering her mouth with her bloodied hands, she takes it away and starts laughing hysterically and the blood on her face looks like a smile similar to that of the Joker's while Bruce's Father who's become Batman seems more obsessed in taking down the Joker.

So in the altered timeline did Bruce's mother end up becoming the Joker?

It might sound too plain but the answer is yes. The Film didn't explore it more but in comics ( which this film was based on), Martha as the joker was explored in much more details:

The alternate universe Flashpoint version of Martha Wayne is the Joker (and even resembles Heath Ledger's portrayal as seen in The Dark Knight). After Bruce Wayne is shot and killed by Joe Chill, Martha is unable to cope with her loss so she cuts open her cheeks to create a faux smile. - wikipedia 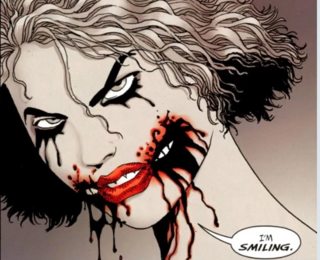 And if nothing else then her cameo scene with the crazy laugh is enough proof that she was indeed joker: 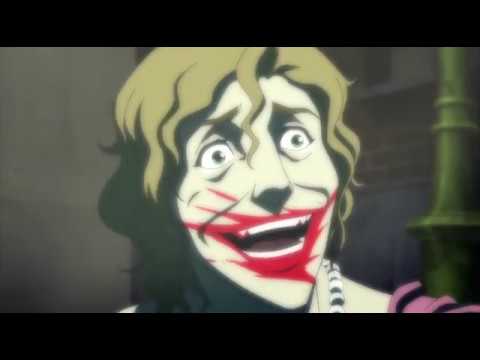 And even in film Batman (Thoman) did interrogate Yo-Yo ( Harley of that alternate timeline) about whereabouts of Joker.

Not the answer you're looking for? Browse other questions tagged character dc-animated-movie-universe justice-league-flashpoint-paradox .

8
Did Monk's mother also suffer from OCD?
39
Why did the Joker lick his lips?
18
What did the Joker want to prove in The Dark Knight?
3
What is Professor Zoom's role in the Flashpoint Paradox?
7
How was Flash able to reverse the colour of Reverse-Flash's costume?
28
Does the Joker love Harley Quinn?
6
Why did the Joker rob the bank?
6
Who is trying to be Clark Kent/Superman at the end of "Reign of the Supermen"?
3
Why did Zoom leave his suit in Barry's ring?
15
Why did Gambol have such an issue with the Joker?