Why doesn't Adrian Toomes give up Spider-Man's identity?

In the Spider-Man: Homecoming, first post credit scene. Mac Gargon walks towards Adrian Toomes in prison and says it's rumoured that Adrian knows who Spider-Man is, but Adrian denies knowing anything by saying "If I knew who he was, he would already be dead". Why does he not give up his identity? Is it because Spider-Man saved his life? 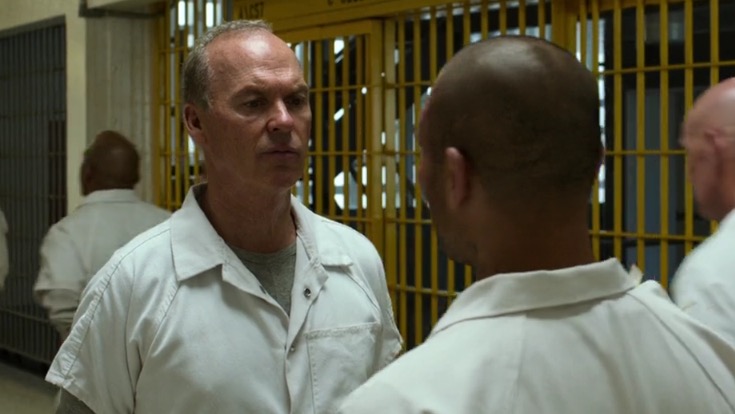 Because family means more to him and Spider-Man saved his daughter, something he said he will never forget.

Adrian owes Peter for saving his daughter Liz and respects Peter for this as shown when he gives Peter the warning to not interfere with his operations when he was delivering Peter and Liz for their date and even after Peter continues to interfere he tried to recruit him to avoid having to kill him.

Adrian Toomes is not a straight-up evil villain bent on world domination or revenge. He becomes a criminal as a means to support his family. His beef with Spider-Man is not personal; he doesn't try to kill Spider-Man because he hates him, but because Spider-Man got in the way of him running his business.

I'm going to offer an alternate answer based on the facts the movie presents.

It's not because Peter saved his daughter:

At this point in the movie, Peter already saved his daughter's life. Because of this Toomes, offers him a chance to walk away.

However, Peter does not do this, and what immediately happens? Toomes' henchman is in the parking lot waiting for Peter, and arguably would have killed him had Ned not happened to be there. Then Peter goes to the warehouse where he confronts Toomes. There, Toomes tries to kill Peter by knocking the supports of the warehouse roof out with his vulture suit. He nearly succeeds, with Peter trapped and nearly crushed by rubble, and only able to emerge after he confronts his fears about his fate without his suit.

During the final fight it seems clear the Toomes seems conflicted about whether he actually wants to kill Peter, as he goes after his goal to "not come home empty handed" when he could have delivered the death blow while he had Peter down. Clearly, this is not something that you would want everyone to know. It's not his respect for Peter or his wish to not have him dead that causes him to play dumb regarding Peter's identity. It's not about saving Peter, it's about his own family. Peter is the only person he has confided in about his commitment to his family. Giving up Peter's identity compromises him. It places his family at risk, but worse still, it does so while losing face while in prison. How can you have a silent tough guy image - something he had always maintained even with his henchman - when not only were you humiliated by Spiderman, but it turns out Spiderman is a teen aged high schooler who took your own daughter to homecoming and you knew he did and allowed it to happen? Reveal Peter's identity and you risk all that coming out. You win the battle and lose the war.

16
Are there no written records of Spider-Man's identity?