How come the new monarch does not wear any crown?

In the last episode of Game of Thrones,

Bran is made the King of the Six Kingdoms

While there is no longer Iron Throne, I'd expect the new king to at least wear a crown. But alas, I don't remember seeing it happening.

The new Queen of the North does appear to get an elegant crown, but not the King.

How so? Is there some explanation to this, or it is just an overlook of the plot?

The crown (looks like there are two versions, one for males and one for females) was last seen on Tommen, as far as I can tell: 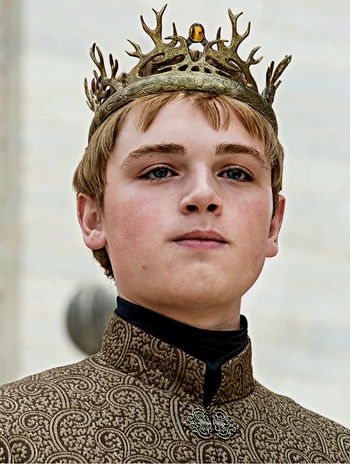 You don't wear a crown all the time

Crowns are usually worn only for formal / ceremonial / public events.

We only see Bran twice once he's been made King, the first time is when he's saying goodbye to Jon Snow and the second is at the first meeting of his new privy council.

Neither of these is a ceremonial event so wearing a crown would be somewhat ostentatious and Bran barely cares about being King let alone looking the part.

He wasn't King at the meeting of Lords where he was made King so he would have no reason to wear a crown.

20
Why does nobody but Daenerys call themselves King (or Queen) of the Rhoynar?
11
Are House Martell secretly Team Targaryen?
40
Why did Daenerys say this in "The Queen's Justice"?
11
Why did Renly consider himself King?
6
Why is it such a big deal to Daenerys Targaryen that Jon is the true heir?
6
Why is Sansa hell-bent on her decision?
17
Status of all the major houses and kingdoms at the end of Game of Thrones
4
Can Bran see the future at will that people don't know about?
6
Who are these lords at the council of lords?