Why did the Mountain become almost immortal?

In Game of Thrones s08e05 we see a fight between the two Clegane brothers, Sandor(Hound) and Gregor(Mountain). From the start of the fight, the Hound seemed to have the control and stabbed the Mountain with his sword in the belly: 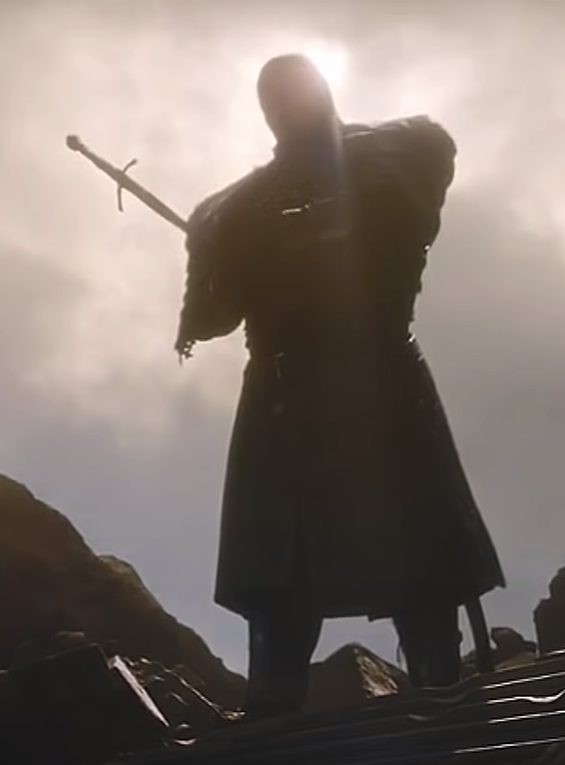 However, it looked like the Mountain didn't even feel anything since he just pulled the sword out of him and kept fighing like nothing happened. After that, the Hound managed to stab him many more times, while in the end he stabbed him in the head: 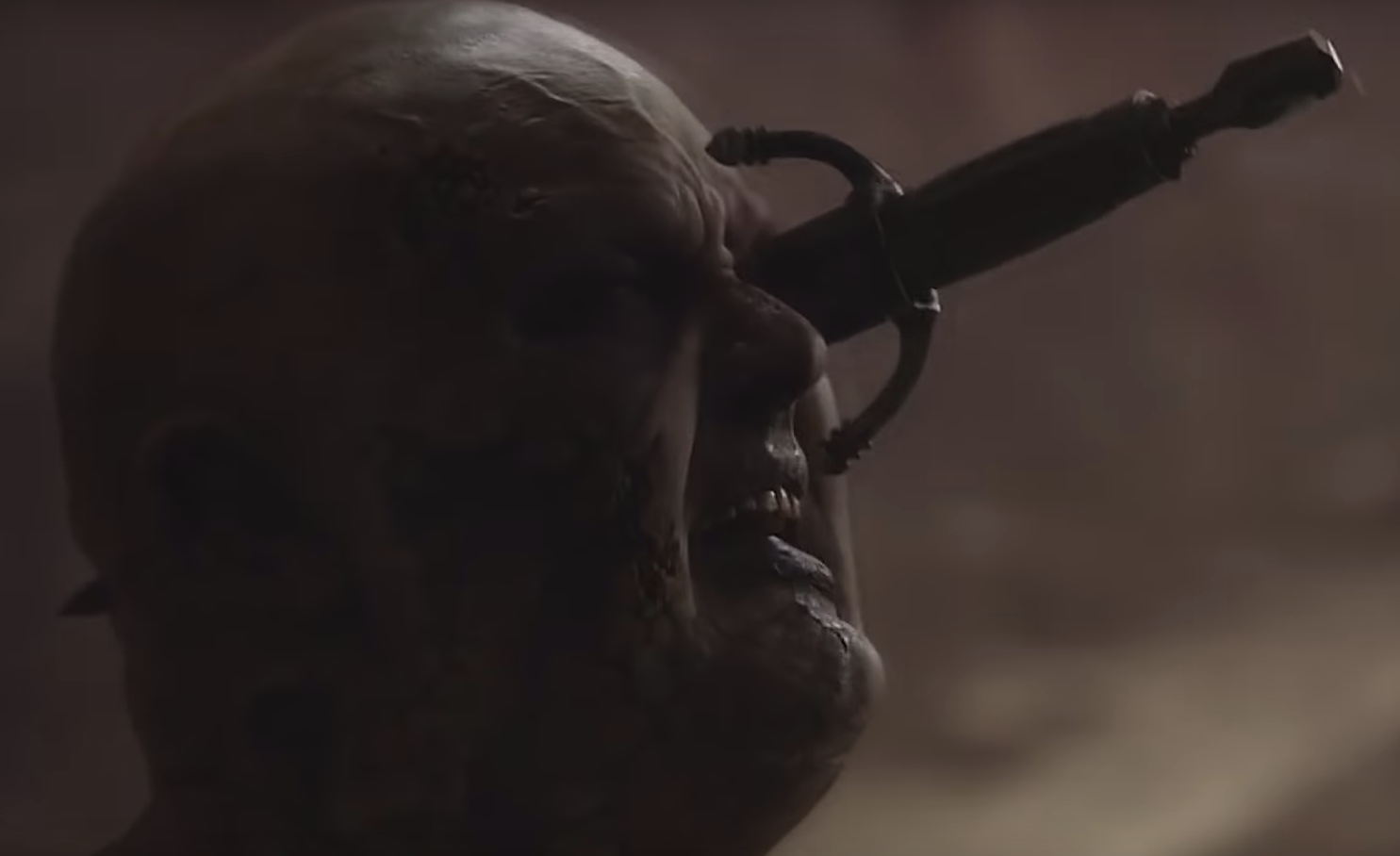 Even after all that, the Mountain pulled the dagger out of his head while was still standing.

How's that even possible? As far as I can remember Qyburn used black magic or something like that in order to keep the Mountain alive after he was almost dead on the fight with Oberyn.

However, it seems like he became almost immortal and with unbelievable strength. So why did that happen?

Because Qyburn may have used dark magic (necromancy) to either keep The Mountain alive or bring him back him back from the dead!

Qyburn, however, an expelled former maester with extensive medical knowledge gained from "repugnant" and "unnatural" experimentation on living people, suggests that he may be able to save him. Cersei dismisses Pycelle and gives Qyburn permission to do anything he can to save Ser Gregor (likely out of gratitude for sealing Tyrion's fate and her 'revenge' on him for the death of Joffrey), though Qyburn says that his unorthodox methods may "change" him. She nervously asks if he means the process will weaken Gregor, but Qyburn knowingly assures her it will not.

What is Dead may NEVER Die, but RISE Harder, Stronger...

Although this doesn't explain the semantics of how this happened or why the magic would effect Ser Greggor this way, Game of Thrones/A Song of Ice and Fire presents us with a rather interesting spectrum of "living-dead" characters, characters that somehow live beyond their first life and/or beyond death. It's very thematic and is one way Martin contests what identity really is.

Ice Wights - Army of the Dead/reanimation of dead bodies

Wargs - In theory they could extend their life if they jump into younger bodies of a longer-living animal or in rare cases, people...

Lady Stoneheart (book only) - Thoros resurrects Catlyn Stark post red wedding, but she returns in as a raving vengeful entity.

Greenseer - sees times beyond theirs.

Three-Eyed Raven (a series of people) - Powerful Greenseers who can visit and possibly interact with the past. (However there may be predetermism and to having this ability doesn't necessary mean things can be changed)

Faceless Men - "Jaqen" (or really, the Kindly Man) shows Arya that you may not be able to kill a Faceless Men, as he poisons himself, appears to die in from of Arya, and then reappears taking the body of The Waif, and Waif disappears from the scene. In addition impersonating/using an image/face of a dead person is another way to see 'life beyond death'.

Benjin/Coldhands - Something similar to a White Walker or an Ice Wight, but whose identity is still preserved and can't be controlled by WW/TNK

Glamor (Magic) - Although the Faceless Men most likely use this kind of magic too, Melisandre is able to hide her true age (200-400 years old!) via using a magical stone necklace and assorted potions.

He was in some form either kept alive or resurrected by Qyburn, after Tyrion's trial by combat.

Oberyn Martel's spears were coated with manticore poison, meaning any cut at all would kill Clegane. As we know, that appeared to be going well until Martell's insistence on getting a confession, when Clegane killed Martell himself.

The fandom wiki page for Qyburn covers it as well as any other source - yet it is still vague...

After Gregor Clegane is seriously wounded during his fight against Oberyn Martell, Qyburn and Pycelle theorize that Oberyn had coated his spear in manticore venom, causing Clegane's wounds to fester and leave him in agony. Pycelle tells Cersei that Clegane is likely doomed, but Qyburn states that he may be able to save him using more unorthodox means, even though Clegane once nearly killed him at Harrenhal. Pycelle snorts that Qyburn is not even a maester and reminds Cersei that he was expelled from the Citadel for conducting "dangerous" and "unnatural" experiments.

Cersei, remembering Qyburn's success with Jaime's stump, responds by dismissing Pycelle from his duties - and his laboratory. Cersei then gives Qyburn permission to do anything he can to save Clegane and to come to her should he need anything. Qyburn warns the queen that the process he intends to put Ser Gregor through may "change him", but when she is satisfied that it will not affect his strength, she instructs Qyburn to carry on.