Where was the Golden Company?

But when we see them marching out of Kings Landing's gates in S08E05, there seem to only be hundreds of them and there were no horses.

What happened to the rest of them?

No explanation for the horses, for the men, well, consider this screen cap:

We see about 12 rows standing in front of the walls, 20,000/12 = 1666. They also seem to stand no more than 1m apart, so this would mean at most 1.6km of forces spread in front of the wall, if you look at for example the following map of King's landing this does not seem at all an unrealistic spread. 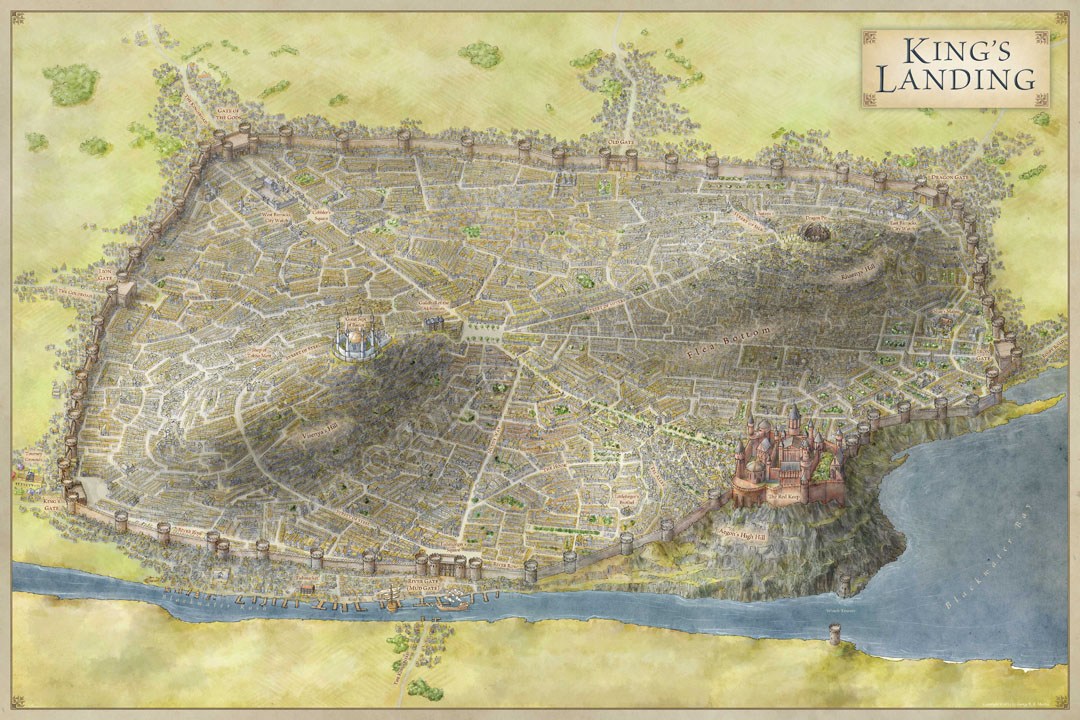 I couldn't find a map with (estimated) scale, but the total length of land-facing walls seems to be far over 1.6km. Since it's not a siege Daenerys' force will probably focus on a specific part of the wall but it's certainly not far-fetched they do need to cover a big piece of the wall and they need to cover every gate, even if the army is (not yet) to be seen at the other gates. We focus mostly on the single gate Jon is facing, but that doesn't mean the army is limited to that.

Though This does not at all explain the lack of cavalry, since we don't see any in the show it's not really possible to give any explanation for that.

Out of universe the answer is budget. The episode had effect in almost every shot once the battle got started. They tried to frame the two armies facing off in a way that implied they were bigger than we were seeing, but it didn't work very well. In particular the timing was way off - Dany destroyed a supposedly large fleet in under a minute and then most of the Golden Company in a few seconds, before moving on to the ramparts.

The main focus of the episode was Dany's turn to heel and trying to resolve some personal story lines. So they spent more of the budget on those scenes, which resulted in undersized armies.

Maybe they were inside King's Landing to hold the ground once Dany's army marches inside it. In this episode, we mostly witness innocents burning, but it could also be the fact that the Golden company and Lannister's army were also being targeted along with innocents.

The rest of them don't exist. The writing of the show has been inconsistent throughout, so it doesn't matter that it was said there were 20.000 of them. The show isn't beholden to past promises anymore, that much is clear. The writers are making shit up as they go along.

But if you are desperate for an in-universe explanation: the other 18.000 fleed King's Landing after realizing how pointless their arc were going to be anyways.

26
Is Podrick really such a good lover?
2
Was it Uday or Latif who took the pill overdose?
5
Is the human disease as bad as the Colonel believes it to be?
15
Why are the Queensguard in Game of Thrones (S07) wearing black armour?
7
How Long Was the Trip from Earth to the Axiom?
67
Was the dragon prowess intentionally downplayed in S08E04?
6
What is the significance of this song in 1917?
5
How was the TV scam in Requiem for a Dream supposed to work?