Why didn't Doctor Strange use the Time Stone on Thanos?

There's another question called Why didn't Doctor Strange use the Time Stone to prevent Thanos from claiming other Infinity Stones?.

This question is totally unrelated and was thought up before I have ever read that other question.

So, why doesn't Doctor Strange use the Time Stone to age and un-age Thanos in Avengers: Infinity War? The two consequences

So then, why not use the Time Stone on Thanos?

Here is an analogy. Refer to it in your answer.

In other words, I cannot see what can go wrong. Your answer can tell me what can/will go wrong or any problems with my assumptions. For example, I assume Thanos can be aged and un-aged. If this is not possible, support this argument in your answer.

Another thing to address. I do not want your answer to simply say "Well, Doctor Strange found a method that worked. Why complicate a plan by trying something that might not work." Show me that my plan might/will not work. Also, don't tell me there is only ONE case where the Avengers can win (which is what we see in Avengers: Infinity War). I know this is not true. Given that there are literally an infinite number of "branches" that occur when searching through the future, really, Dr. Strange was extremely lucky to find a winning future in just 14 million searches. There is more than one winning future.

It was simply a way to move the plot forward as there were, in my opinion, multiple ways Dr. Strange could have defeated Thanos.

• He could have teleported Starlord away, as he did to Loki in Thor: Ragnarok, thus preventing him from punching Thanos at the critical moment that the gauntlet was almost removed.

• He could have used the same trick Wong did to the minion in creating a portal and cutting off Thanos's hand.

• He could have, as you said, used the time stone to either age Thanos to death or make him a baby.

As in all movies, the script is only as good as its writers.

So, why doesn't Doctor Strange use the Time Stone to age and un-age Thanos in Avengers: Infinity War?

There are two major events in MCU that evidence this claim, the first being from Doctor Strange and the second from Avengers: Infinity War.

Towards the end of Doctor Strange when Kaecilius opens the Dark Dimension to Hong Kong, Strange uses the Time Stone to reverse the events that had recently occurred. When doing so, he also [successfully] targets Kaecilius and company, as we see them running backwards in space/time along with everything else. However, even just a few seconds later, Kaecilius breaks free from the spell and continues fighting Strange.

That being said, it is completely and entirely possible to break free from a Time Stone spell.

(Right now you might be saying, "yeah, but Thanos isn't a Master of the Mystic Arts". Well, that leads us to the second event.)

2. Thanos and the Mirror Dimension 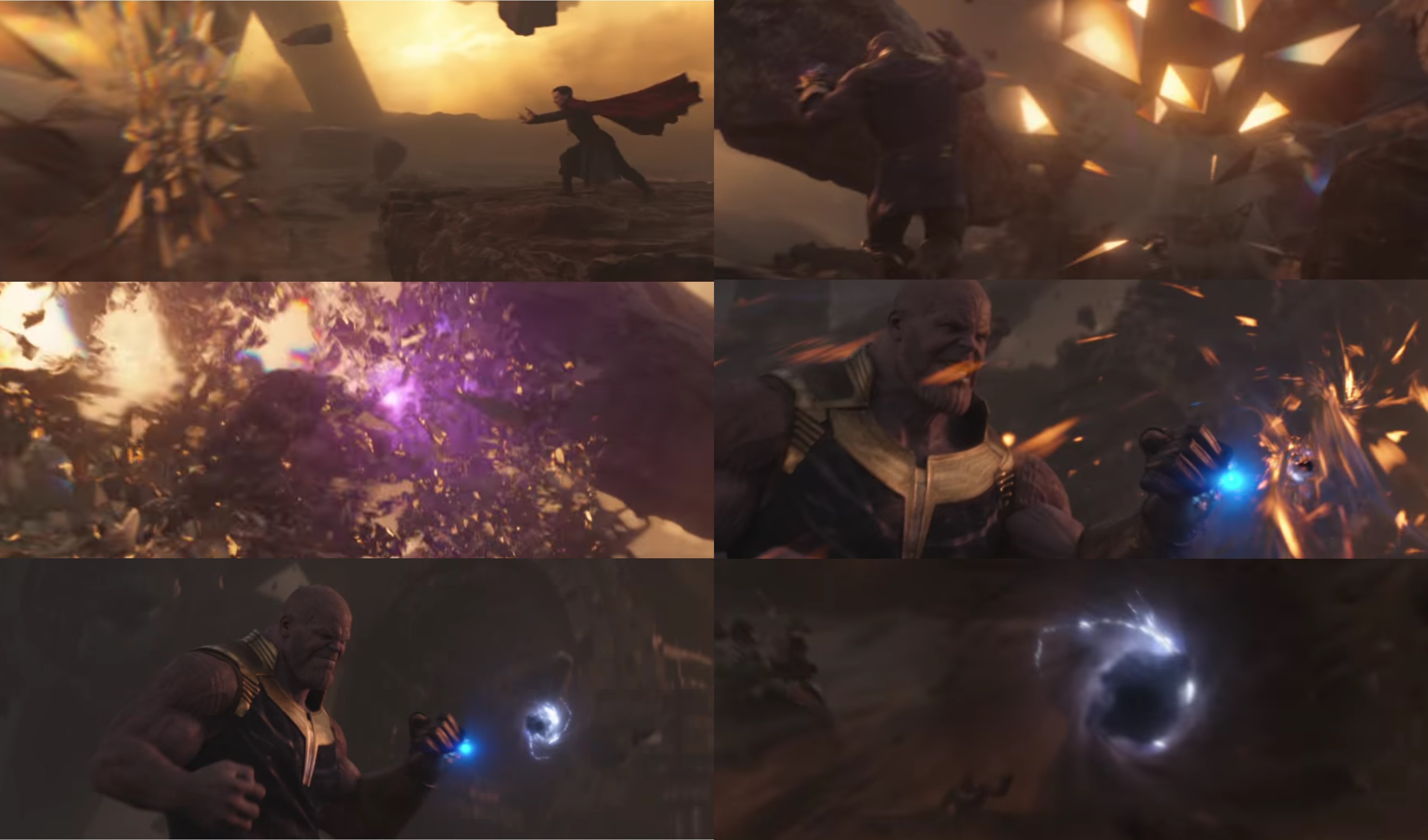 Given that space and time are intimately related, and that the Reality Stone is able to control the real world in any way the user sees fit, with a combination of the Space, Reality and Power Stones, Thanos could easily counter the effects of the Time Stone. I mean, if Kaecilius was able to do it without any of the infinity stones, Thanos would undoubtedly have no problem.

Lastly, Thanos is not an apple and the two shouldn't be compared.

But who said Doctor Strange didn't use Time Stone against Thanos. He clearly used it to see many future possibilities, 14,000,605 to be exact.

And only one where they succeed.

So why mess up more when he already know what to be done.

And if you are talking about time-loop, then it's already covered:

Why does Doctor Strange not bind Thanos in a time loop?

It's not the answer you want. But it's an answer that (to me, at least) makes sense given what we had seen of Strange and the Time Stone by Infinity War...

Strange just had no way to put such a plan in motion.

Consider the only known uses of the Time Stone by Doctor Strange so far:

Where I'm getting is that the Time Stone seems hard to use, whereas his other regular powers (which I'll call "sparky magic" for lack of a better word) appear to be cast faster and have more adaptative functions (lasso, shield, blasts...) - basically sparky magic deals higher Damage Per Second.

During the fight on Titan, the priority is to prevent Thanos from snapping his fingers and immobilize him. The Guardians and Avengers do try, but Thanos punches them away, and almost never has to fight all of them at once - so Doctor Strange cannot take the time to slow down and use the Eye of Agamotto/Time Stone. This is noted by Thanos as well:

You're full of tricks, wizard, but you never once used your greatest weapon.

Why do you think he didn't? It's not to hide it from Thanos - Thanos is very well aware Strange has the Stone, that's why he's here after all. The Time Stone takes too long to load, and Strange can't risk getting hurt/having the Stone stolen when casting. Hence, no unaging/deaging.

“Using the stone would have required to reveal its hiding place” When Thanos is restrained and Mantis lands on his head, he was totally subdued. There was no way he was going to be aware of anything. This was the time to use it. Strange foresees, this including Star Lord, yet still wasted everyone’s time. Pointless. Star Lord should have been dropped through a portal or a loop should have been started from the moment Mantis subdued Thanos up to Star Lords punch. This would ensure an eventual win. Eventually Star Lord would have calmed down.