Who are depicted in a photo in Sam's office?

Inside Sam's office there is a black and white photo by the door. Looks to be two boxers holding a baby. Who are they?

It appears to be a photo of two boxers : Max Baer and Primo Carnera, probably around when they had a match in 1934.

Why Sam would have it in his office is anyone's guess.

Edit to add: Although a clue might be that perhaps the child is Max Baer jr .... who later became a comedic actor on The Beverly HillBillies ! 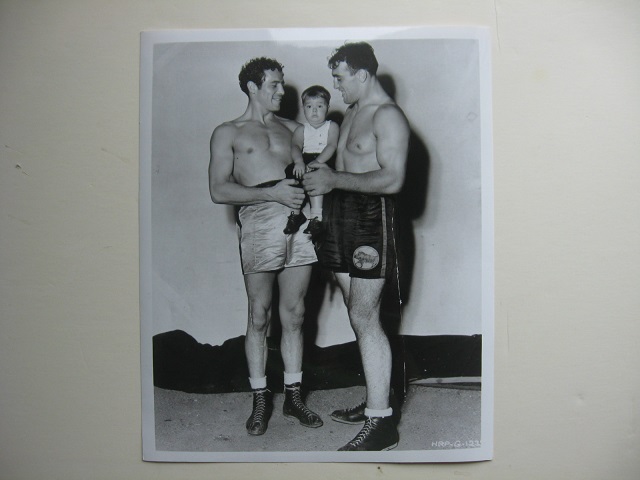 Not the answer you're looking for? Browse other questions tagged cheers .

1
Sign in Sam's office
1
What are all the tie-ins and spin-offs from Cheers?