Why didn't Hotstar delete the coffee cup in Game of Thrones S08E04?

HBO has deleted coffee cup scene from E4 of S08 but Hotstar still appears to have it. 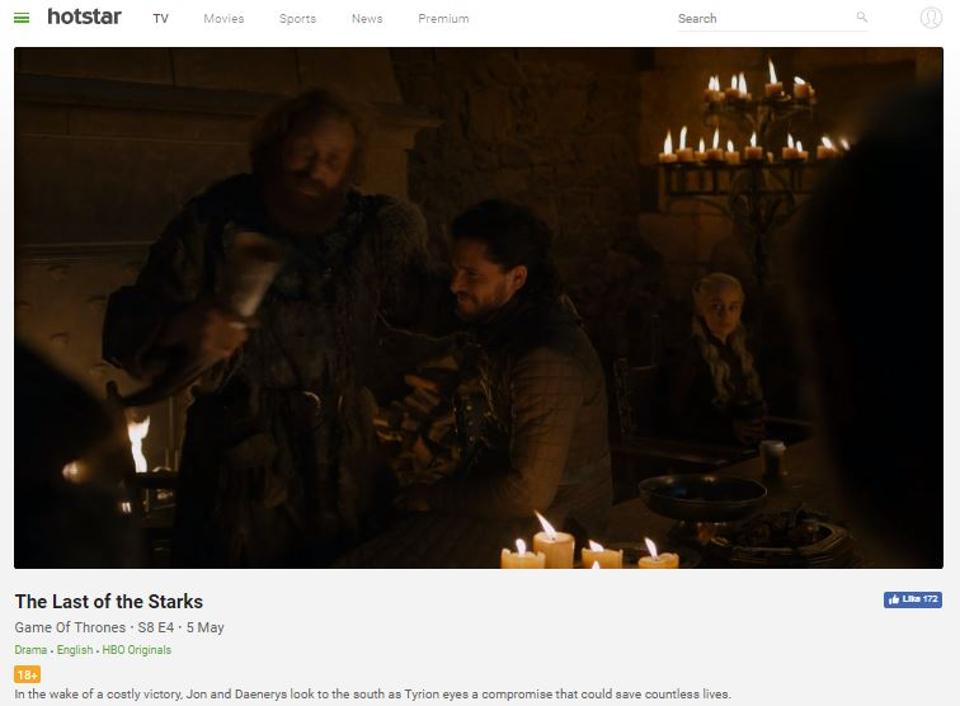 Is it policy set by HBO that Hotstar cannot request for a new copy without additional fees? or Hotstar does not care at all what audiences are talking.

No official wordings yet from Hotstar but most probably they didn't receive the edited version yet.

HBO has quietly gotten rid of the coffee cup that was part of Game of Thrones season 8 episode 4 “The Last of the Starks”, with the version available on its streaming services HBO Now and HBO Go in the US being digitally scrubbed to do so. HBO confirmed to members of the press that it had indeed been removed. But you can still catch the misplaced coffee cup on Hotstar in India, which doesn't seem to have received the re-edited version from HBO for now. Gadgets 360 has reached out to Hotstar for comment and will update this piece if we hear back.

But Starbucks is surely disappointed with her drink choice: