What is in the package delivered to Hank Pym?

In Avengers: Endgame, Captain America gets Hank Pym out of his lab by pretending to be a delivery man. He mentions that the package is glowing, prompting Hank to ask if anybody had opened it, and then to rush off when he finds out that someone supposedly had opened it.

Was there any specific reference, or is it just a throwaway line?

As pointed out in the comments, it's possible Pym was not expecting anything and was taken by surprise upon hearing he has to deal with deliver stuff. However, assuming he did, I'd infer the same thing than I did on the same question on SFF:

Radioactive stuff, most probably, as it was (supposedly, but Pym didn't seem to refute the possibility) glowing and gave the workers handling it some kind of illness.

It can be noticed that back in Tales to Astonish #35 (1962), one of the first Ant-Man comics, Pym was tasked to make a gas to render people immune to radioactivity, which probably implies studying of radioactive material first. Possibly Endgame was making a reference to that. 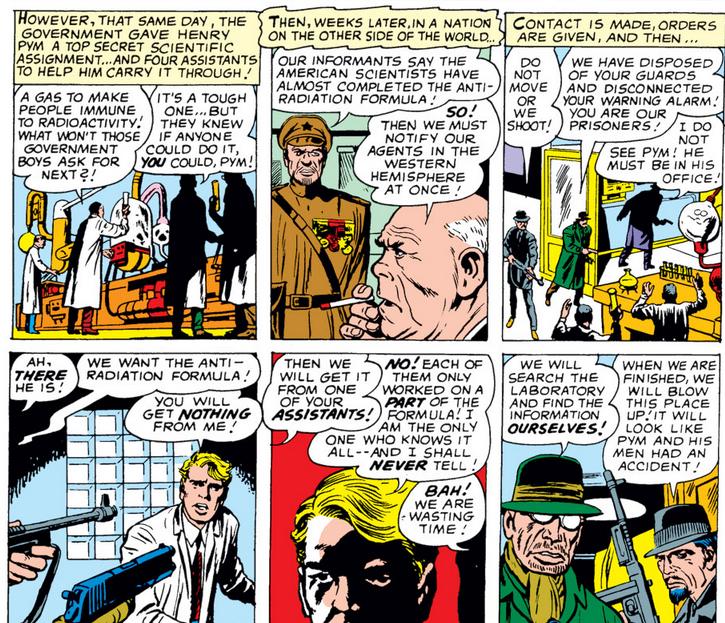 Pym has been established in the MCU to be a bit of a "mad genius" at times, tampering with iffy physics (failed Pym particles reduce their targets to goo, remember a certain sheep?). Thus, a (more boring) out-of-universe explanation is most likely to have a funny scene, where Pym and the viewers gradually realise what the package is, as the "clueless" person at the other end of the line still doesn't understand.

Not the answer you're looking for? Browse other questions tagged marvel-cinematic-universe avengers-endgame .

6
Does the Hulk gain mass through "Pym Particles"?
31
When is Doctor Strange actually set?
15
Did Yondu know what was happening to the children he delivered?
42
Why did Hank Pym choose Scott Lang?
10
How did Hank Pym's wife age in the quantum realm?
8
If the Infinity Stones created the universal timeline, then what happens if they are destroyed?
11
Why was there a need for all of the Pym particles?
3
What was special about the Avengers: Endgame post-credit scene?
1
Why did Hank Pym say he created the formula that altered atomic relative distance only 20 years prior?