Were Jon Snow and Arya working together in the episode "The Long Night"?

I have been reading a lot about Game of Thrones S8E3 and what each scene signified. And there is this weird theory that what Jon Snow was doing right before

was on purpose. He was trying to distract the dragon so that

Arya could have a shot at killing the Night King.

But the scene where is stands in front of the dead dragon and shouts an approximate "Go, go, go" and cuts immediately to the next scene where

Arya jumps onto the Night King, stabbing him.

Is there any proof/interview/statement/image from the episode to show that Jon actually was distracting the dragon for next scene to happen? Or this is this a far-fetched theory?

I know that people have been saying this, on reddit, and on this article from EliteDaily too.

You can listen for yourself. Or play the episode and the moment begins at the 1:16:45 timestamp.

Jon Snow's yell as only [YELLS].

In other examples of people yelling real words, they caption the words and I've yet to see foreign subtitles with different content. 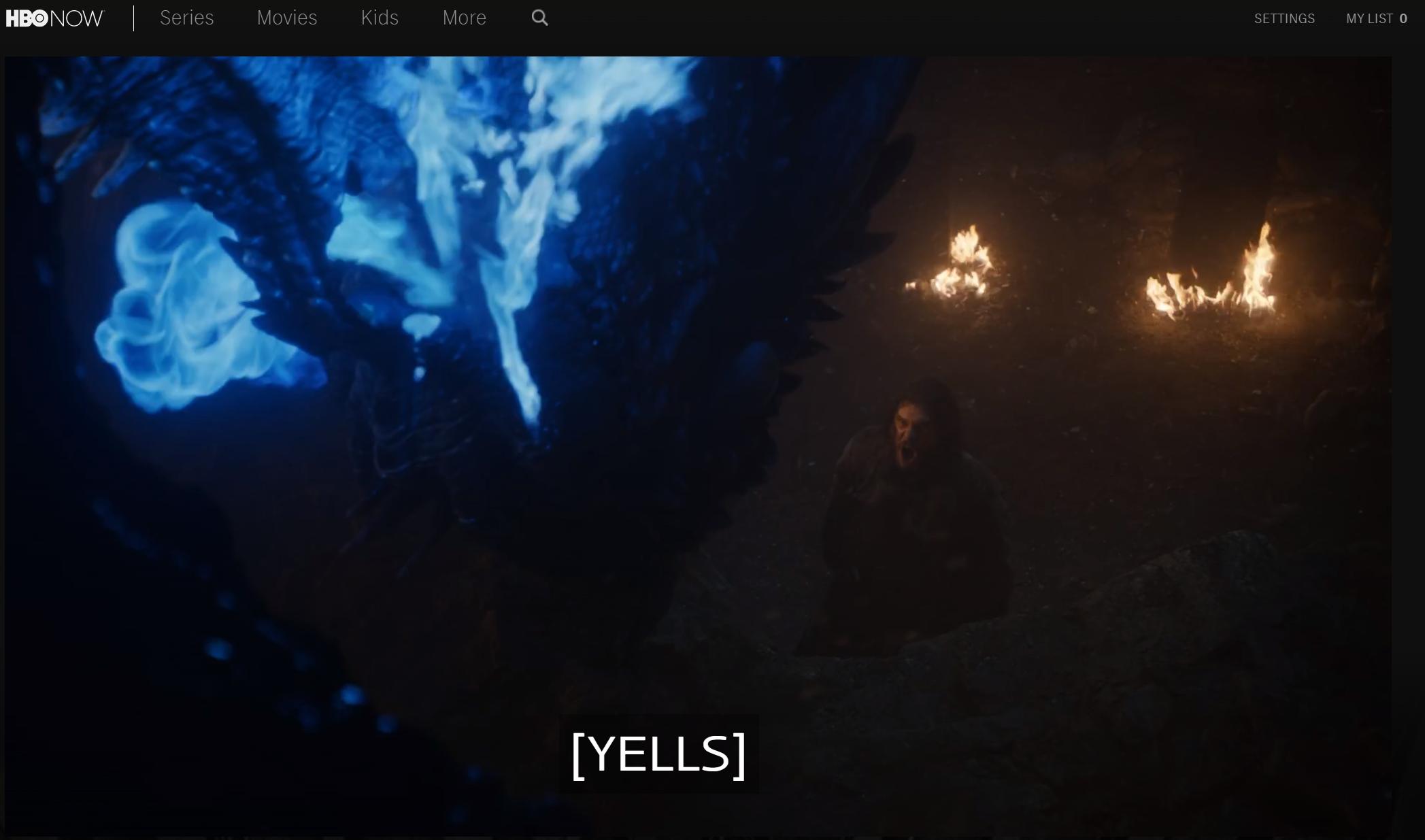 For my opinion, people are reading too much into this scene. There is no clear evidence and as of yet, no commentary from the directors or the actors backing up this theory. I love tin foil theories as much as anyone

(R.I.P The Night King goes to King Landing theory of 2019, you were too beautiful for this world)

but sometimes we have to accept that it's just a theory.

Until conclusive proof comes up otherwise (and I'm doubting it will, the producers in the after the show segment made no mention of this plan, and they have always mentioned such things in the past) I think we should assume it was just a powerful scene.

40
Why did Daenerys say this in "The Queen's Justice"?
9
How long were Jon and company on the island?
10
Why didn't the Night King throw the spear at Jon Snow and team?
16
Were Sansa and Arya aware of Littlefinger’s deceptive plan all along?
1
Who is the animal statue of in the Game of Thrones Season 8 Teaser Trailer?
9
Status of the Dothraki after "The Long Night"