What happened to Lyanna Mormont?

In the Corpse Reanimation Scene during the climax of S08E03 we see Lyanna Mormont open her eyes. At first I thought that this meant that she had survived the giant attack, but her eyes were not originally blue. Additionally, they are clearly not wight eyes; But they are almost, sort-of, close to being White Walker eyes, but without any of the glow or inhuman aspects.

Is their some explanation for these eyes? The scene was rather long, and incredibly close up, so presumably the eyes look exactly how the director wanted them to look. 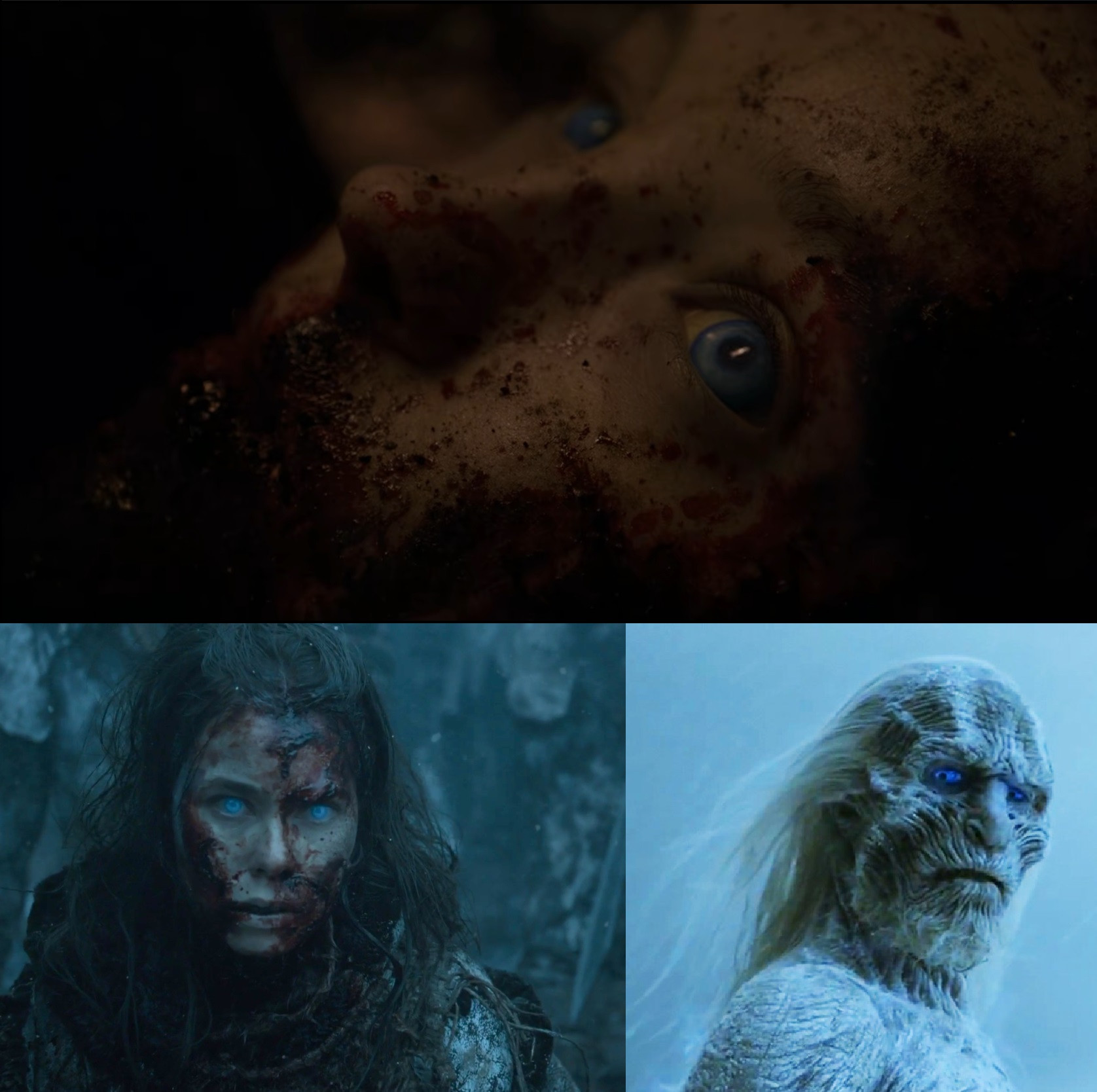 She's surely just a wight. It was during the sequence where all the recently dead rose, such as Edd and Qhono and those in the crypt, so I doubt Lyanna is any different.

Maybe it's due to the specific lighting in the scene, but afaik, White Walkers can only be created out of living beings, specifically by the Night King, and certainly not by being crushed to death by a wight giant.

Based on the storyline, We know that the Night King can raise the dead. In the picture below the movie-maker shows a series of dead people being bought alive.

Lyanna Mormont: I don't know how she survived the first hit when the giant hit her. Image below. The giant's fists are bigger than her body frame. 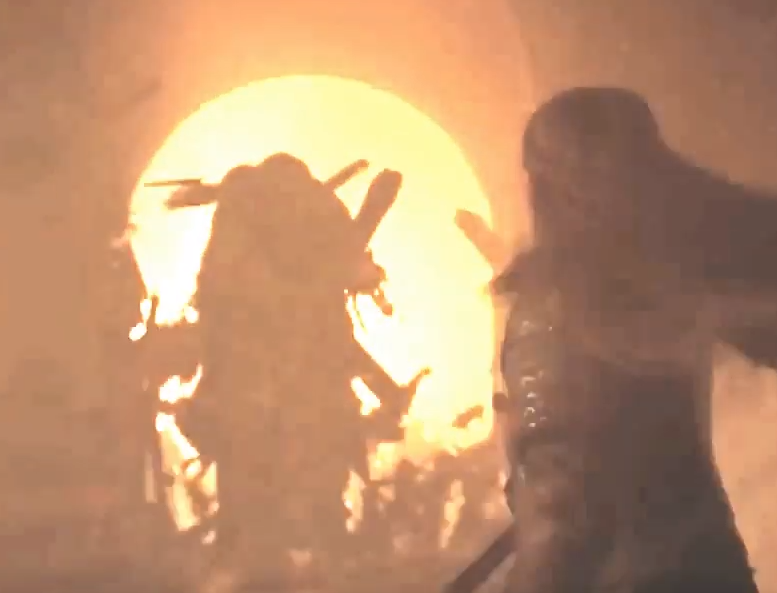 Considering the fact, that she was slammed to the ground from about 20ft high, there is a very low possibility for a 9-year-old to be alive.

If she was alive, the movie makers would have continued her storyline, but they didn't which means that she's a wight now.

Upon a rewatch I started wondering about that too. I suspect that it has to do with her age - that just like Craster's sons she's young enough to be converted in a White Walker instead of merely a wight. I kinda wish we had been able to see zombie Lyanna fight.